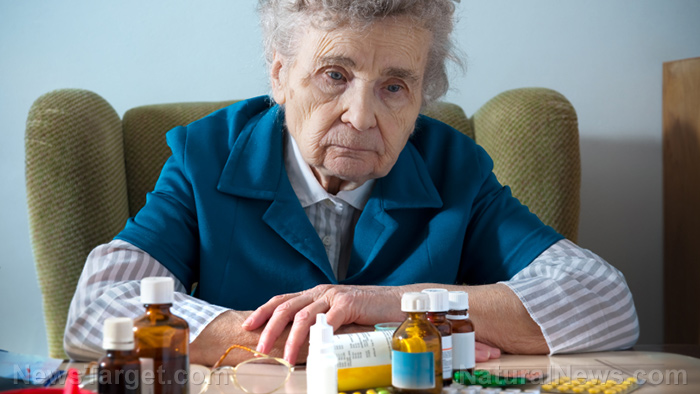 Many people have spoken out about the potential threats posed by psychiatric drugs. Often heralded as life-saving treatments, few skeptics are given the time of day by the mainstream legacy media. Why put in the effort required by some “alternative” treatments (like dietary and lifestyle modifications) when you can just pop a pill to make it all better?

While many people feel that their medicines have cured them, the sad fact is that even the “doctors” don’t really know what they’re doing when they prescribe a drug, such as an antidepressant: At best, they’re taking a shot in the dark to see what might help.

Questioning psychiatric drugs
Moreover, expert Peter Gøtzsche contends that trials of antidepressants and other drugs are often carried out or funded by the products’ manufacturers — rendering their “findings” biased, and essentially, invalid. Gøtzsche adds that in many cases, there is a stronger case for the harm caused by psychiatric drugs than there is for the purported benefits. When it comes to drugs used in the treatment of schizophrenia, this becomes abundantly clear in animal studies — which show these drugs can cause brain damage.

Even anti-depressants are questionable, according to Gøtzsche. In clinical trials, patients in placebo groups often report that their depression has lifted within a few days of their drugged counterparts. This, he says, raises questions about the true efficacy of psychotropic drugs. Some research suggests they don’t even work.

And as therapist Chaya Grossberg states, “No one gets on psychiatric drugs with informed consent. No one is given lots of accessible, safe options and honesty about where their diagnosis came from and how arbitrary it is, with a good serving of social criticism mixed in, and still chooses to take psychiatric drugs. People take them out of desperation.” Grossberg has helped many of her clients step away from the pharmaceuticals, and has her own experiences in dealing with overcoming dependency on psychiatric drugs.

As Grossberg explains, when people agree to try a psychiatric drug, it’s because they are at the end of their rope. In this way, the industry takes advantage of desperate people who are struggling with a lot of pain. Moreover, coming off of the drugs brings about its own issues. It can be a costly, exhausting and frustrating experience — and that’s even if you don’t have to deal with the symptoms of withdrawal. She posits that “pharmaceutical companies should be liable for this as they create this high cost for recovery from their harm and medical malpractice.”

What about alternative treatments?
Much like with the opioid epidemic, the pharmaceutical industry has created a marketplace for their drugs — one which ultimately relies on patients being dependent on their products to survive. Trying to get off the medications can be a harrowing experience, fraught with terrifying withdrawal symptoms — and in both cases, Big Pharma has managed to eschew responsibility for decades. While some states are starting to try to hold the industry accountable regarding the complete and utter disregard for human life that started the opioid epidemic, Big Pharma has yet to face up to their crimes regarding psychiatric medications.

The pharmaceutical industry has become so enmeshed with mental health that in many cases, patients are not really offered much in the way of alternative treatments. While a patient may make the effort to see a therapist, seeing a psychiatrist to be prescribed medication is often one of the first recommendations made. Is psychotropic medication truly the best line of defense?

Not only are there many alternative treatments for depression, anxiety and other ailments (including diet and exercise), there is evidence that some key nutrients may play a role in relieving these conditions. B vitamins come to mind, as does vitamin D. Vitamin D’s relationship to depression is exceptionally notable, given the high rates of deficiency in Western nations.