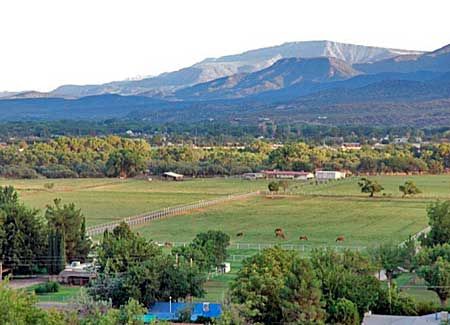 I’m tired of looking at property. But making a poor decision at this point could be costly. What can you do but prioritize your needs and keep looking? We have searched far and wide for the promised land, looking at places through realtor websites and Google Earth, then driving to see closest and most promising ones.

We could move back to the Midwest again if it meant survival. Though we felt out of place there, the land is excellent for gardening, farming and animal husbandry. We still have good friends there as well. And there are many properties for sale far enough away from the cities that drug and poverty problems are mitigated. The occasional meth cook in a farmhouse wants to stay unnoticed, and its more likely that you’ll have good neighbors. Property is cheap, and if the economy collapses a person could make it there as well as anywhere in the world.

But we also looked at properties in Tennessee and Texas, finding very reasonably priced homes in small towns, or in the countryside. They looked very attractive and were priced at 15-30% of homes located near cities. One property in Tennessee had 5 acres, a nice home, a barn, a pond in your front yard, and was located 60 miles from a city of any size. $50K takes it all—perhaps with a desperate family trust that just wants it sold. What a fine place to retreat to and live off your own land. I even considered a $10,000 property in a small town next to a large lake north of Amarillo. The house had burned down, but the land was nice with a good garage standing. I also like Texas because it’s the most likely state to secede and form its own nation. I see advantages to that and wouldn’t mind being a Texan beforehand.

We have also looked at many places in southwestern Colorado where my cousins live. Homes with acreage are reasonably priced in the Cortez area, a farming region which is located far from just about anything, but with beautiful weather and abundant water.

Our son has relocated to Northern California. We partnered with him to purchase a threeplex property there. He lives in one and earns his keep by managing the other two rental homes for us. Given that we eventually want to live close to our children when we get older, that property is a realistic possibility in the future.

We even looked at property in rural New Zealand. It’s reasonably priced. I suspect Australia would be a good option as well. At one point my wife and I lived in Mexico and loved it. But Mexico has changed since the 1980s. One can also purchase inexpensive homes in Russia. The international options are endless, but perhaps not wise for an American these days. I am not certain we can afford to expatriate since I’d have to earn a living once we arrive. And would we ever see our children again?

Each area of the country has pros and cons. Nothing’s perfect except BillHilly’s place in British Columbia. I wonder what cabins cost up there?

I suppose the factor that tipped our decision towards staying in the Southwest is the need to care for our aging parents. My wife’s mother is 84 and will soon need full-time care. The wife’s father has passed away. My own mother is 80. She’s doing well for now, but the step-dad is older and in poor health. We probably won’t have to take care of both mothers at once. My father is 82, in good health, and wealthy enough to live wherever he likes. But he’s fully invested in the system and could be broke within 48 hours after a collapse. He and my stepmother will probably live with my stepsister in Colorado at some point.

So, out of all the possibilities, we are constrained by family obligations to stay in a land of scarce water, but with many tough neighbors.

The wife’s mother used her nest egg to build her dream house when she retired 15 years ago. She also bought the lot next door because it had an old rundown trailer on it. Fearing that some riffraff would move in next door, she had the trailer hauled away and planted fruit trees. In 2010, when my wife and I took the red pill, we started thinking we might have to move in a hurry one day and this empty lot could make a good place in a pinch. I drew up plans for a small home that we could build ourselves, not requiring highly skilled levels of carpentry.

Then the county got involved. There is a river 100 yards away, making the property at risk of a 100 year flood. The county never cared much until recently when they decided that every new home built on that stretch of land needed to be raised 5 feet above the ground level to keep it high and dry. To save money the county engineers adopted formulas used by the Army Corps of Engineers for calculating the flood levels on the Mississippi River. So, the historical floodplains on our street were raised significantly, putting us underwater, theoretically, if our valley ever receives over 40 inches of rain in a year. 13 inches is the average. (Don’t you just love government bureaucrats?)