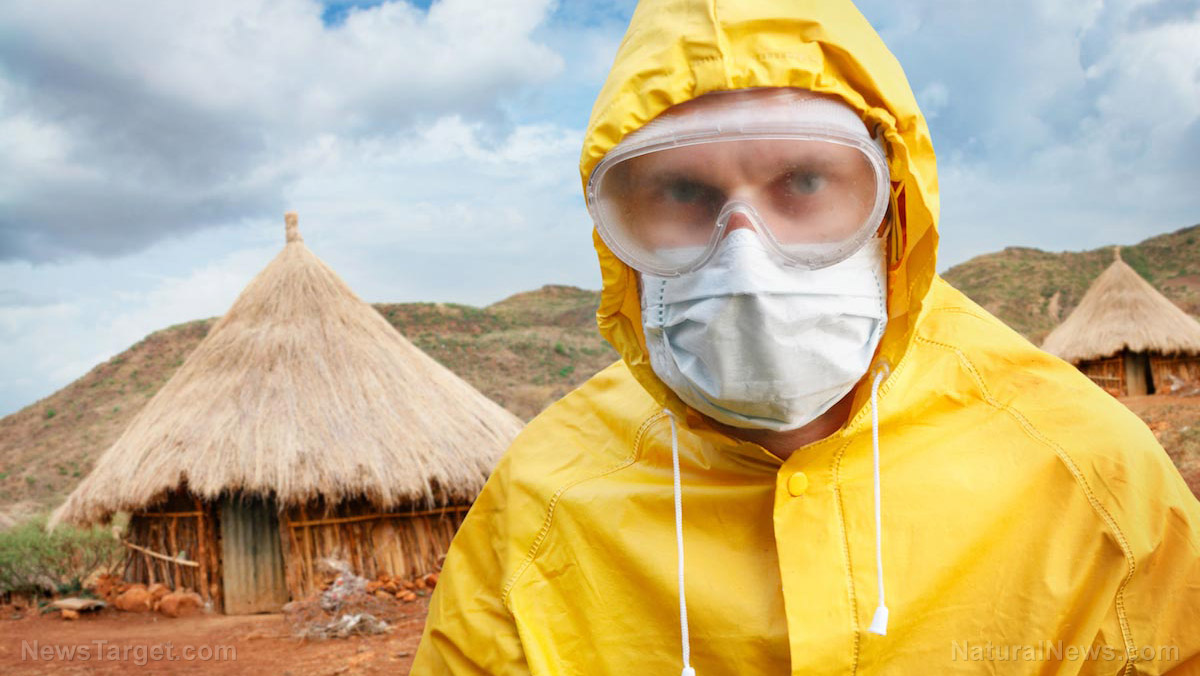 There is no shortage of potential pandemics that are coming our way. Major organizations and prominent people have warned us that the “big one” is coming and is coming soon.

The following article will expose the contrived, false-flag nature of the humanity’s greatest threat. And at the heart of it all is the United Nations

The of our control flesh eating virus spreading, unchecked, through Australia, is first characterized by a painless lump on their skin resembling an insect bite.

As the infection penetrates deeper into the fatty layer between the skin and muscle lining, the infection destroys the tissue and enters the body. it encounters on the way before erupting through the skin again as an ulcer. The pain is unbearable, but the major risk is organ penetration and the person risks death.

The virusis caused by the Mycobacterium ulcerans bacterium, and is similar to leprosy and tuberculosis. Sometimes, antibiotics seems to provide an answer for some people, but other less fortunate patients need life-saving surgery to remove the infected skin and many face amputation.

As stated, the Austrialians have no answer for the illness.

California’s Illegal Immigrant Population Spreaking Valley Fever
Valley Fever is beingr reported in growing numbers and is being spread by the illegal immigrant polulation according to Antje Lauer, a professor of microbiology at California State University (CSU), who is an expert on Valley Fever. “This is a very misdiagnosed and underdiagnosed disease. The actual number of cases is likely 10 times as high.”

Professor Lauer believes that Californians are facing an escalating epidemic. One of the factors the fake news mainstream media fails to report is how illegal immigration brings disease-infected illegals into California without proper health checks. These disease-carrying people are never screened and can spread diseases in an unchecked manner because they are protected from deportation by California’s sanctuary state policies that violate federal law. This will prove to be the straw that breaks the camel’s back as California’s health care costs are already pushing California into bankruptcy.

Valley Fever is caused by a “parasite called Coccidioides which lives in soil and becomes airborne when the soil is disturbed by activities like farming, wind or construction. When breathed in, these fungi can cause Valley Fever, or acute coccidioidomycosis. Symptoms include chest pain, coughing, night sweats, fever, chills, joint pain, headaches, fatigue, and sometimes a painful rash that changes from red to brown”.

In extreme cases, the disease can progress to its most serious form: Disseminated coccidioidomycosis, in which the infection spreads to other parts of the body besides the lungs. This can include vital organs like the liver, brain, heart, skin, bones. Death, is not an uncommon outcome.

California’s government officials who do not screen immigrants for Valley Fever are willing accomplices to medically negligent homicide.

The Re-emergence of Ebola
One of the most deadly diseases in the history of mankind, Ebola is making a comback.

The World Health Organization is preparing for the “worst-case scenario” as it continues to respond to the Ebola outbreak in the Democratic Republic of Congo.

Peter Salama, deputy director-general of emergency preparedness and response at the WHO, said in Geneva, Switzerland, on Friday that it’s “going to be tough and it’s going to be costly to stamp out this outbreak.”