IN JANUARY 2017, FACEBOOK BEGAN MAKING ALGORITHM CHANGES TO MAKE SURE CONSERVATIVE AND CHRISTIAN NEWS WAS NO LONGER SO INFLUENTIAL. NOW THE END BEGINS FACEBOOK TRAFFIC HAS CONSISTENTLY DECREASED WITH EACH ALGORITHM CHANGE.

“The instruments also of the churl are evil: he deviseth wicked devices to destroy the poor with lying words, even when the needy speaketh right. But the liberal deviseth liberal things; and by liberal things shall he stand.” Isaiah 32:7,8 (KJV)

EDITOR’S NOTE: In Nazi Germany, when Hitler wanted to “rank” the Jews, he made them all wear a yellow star as they were placed into ghettos. Now Facebook founder and CEO Mark Zuckerberg wants to do the same thing to Conservative and Christian voices on his social media site. His ‘yellow star’ is a new ranking algorithm which will separate out Conservative and Christian posts, identify them as ‘fake news’ no matter the actual content, and then assign them their place in the Facebook ‘ghetto’ where very few if anyone will ever actually read them. Zuckerberg says that this will “restore trust” to Facebook in much the same way that Hitler told the Jews that going in to the shower would refresh them. What he didn’t tell them that the showers were actually gas chambers. Before the purge began in early 2017, NOW THE END BEGINS had an average of 2 million views per month. Now we average around 500,000 which has resulted in a 75% drop in revenue from ad placement. That’s why we started the fundraiser last year. Eventually, Conservatives and Christian voices will be eliminated altogether from platforms like Facebook, but until we are, we will continue to expose the darkness of the times in which we live.

Facebook CEO Mark Zuckerberg said Tuesday that the company has already begun to implement a system that ranks news organizations based on trustworthiness, and promotes or suppresses its content based on that metric.

Zuckerberg said the company has gathered data on how consumers perceive news brands by asking them to identify whether they have heard of various publications and if they trust them.

“We put [that data] into the system, and it is acting as a boost or a suppression, and we’re going to dial up the intensity of that over time,” he said. “We feel like we have a responsibility to further [break] down polarization and find common ground.”

Zuckerberg met with a group of news media executives at the Rosewood Sand Hill hotel in Menlo Park after delivering his keynote speech at Facebook’s annual F8 developer conference Tuesday.

The event, called “OTR” (shorthand for “off the record”), is an annual gathering meant for new media news executives to talk shop. It is in its second year. Zuckerberg’s remarks were initially meant to be, like the name of the conference, off the record, but he agreed to answer questions on the record.

Zuckerberg said the company will invest “billions” of dollars in a combination of artificial intelligence and tens of thousands of human moderators to keep both fake news and deliberate propaganda at bay, especially in elections.

“We’re essentially going to be losing money on doing political ads,” he said of the investment the company is making to avoid a repeat of the spread of Russian propaganda in the 2016 US election.

“The big miss is we didn’t expect these kind of coordinated information operations” in 2016, said Zuckerberg, and that the company was more focused on hacking in malware. He said the company is expecting that kind of information war now and has already successfully countered it in elections from France to Alabama.

“We deployed AI tools that have taken down tens of thousands of accounts,” he said of those elections. 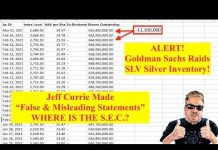