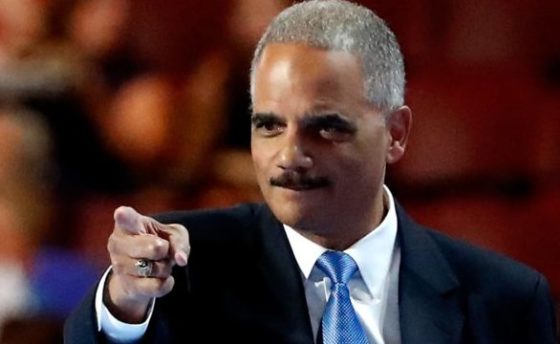 The amount of irony here is astounding. Leftist liberal and former attorney general Eric Holder’s firm was enlisted by the leftists over at Facebook to investigate the social media giant’s bias against conservatives. There couldn’t be a more humorously ironic story than this one.

At first, it seemed like Facebook might be trying to do the right thing: investigate the bias against those who aren’t leftists using the social media platform. The tech company enlisted a team from law firm Covington and Burling to advise them on combating perceptions of bias against conservatives. But there’s one minor detail that Breitbart happened to pick up on: Covington and Burling is the firm of Barack Obama’s left-wing former attorney general, Eric Holder.

Eric Holder was a part of the very administration that weaponized the IRS against conservatives during Barack Obama’s reign of terror.

In issuing an “apology” to the clients represented by the ACLJ, the IRS admitted that it was wrong to use the United States tax code simply because of an entity’s name. They also admitted the bombshell fact that this discrimination happened specifically because of the applicants’ political viewpoints. Keep in mind the fact that the mainstream media has spent years telling the American people that this didn’t happen.

In other words, outlets such as The Washington Post, CNN, and The New York Times directly lied to their readers and viewers to protect a Democratic president whose administration was openly breaking the law. –SHTFPlan

After the apology from the Department of Justice, Eric Holder flat out said that the DOJ should not have apologized to conservatives for using the IRS as a weapon against their political enemies.

Former Attorney General Eric H. Holder said the Trump administration was wrong to have apologized to tea party groups snared in the IRS’s targeting scandal, saying it was another example of the new team undercutting career people at the Justice Department who’d initially cleared the IRS of wrongdoing.

“That apology was unnecessary, unfounded and inconsistent, it seems to me, with the responsibilities that somebody who would seek to lead the Justice Department should have done,” Mr. Holder said. –The Washington Times

Holder had ordered a criminal probe into the IRS’s handling of tea party applications after the 2013 revelation by an inspector general that the tax agency had subjected conservative groups to intrusive and inappropriate scrutiny when they applied for nonprofit status.

And not surprising in the least, that probe eventually cleared the IRS, saying that while there was bungling, there was no ill intent. The probe specifically cleared former IRS senior executive Lois G. Lerner, saying rather than a problem, she was actually a hero, reporting bad practices when she spotted them.