The City
On May 17, Qanon posted several pictures of street signs in London, each sign pointing the direction to City of London, commonly known as “The City” (here for example). City of London is not merely a separate city within England or Great Britain. City of London is a specifically designated parcel of land entirely excluded from the jurisdiction of Great Britain, England and London. Laws of the British parliament do not apply to The City.

City of London is entirely a power unto its self. Its activities and rules, if any, are largely if not entirely secret. The City is sometimes said to be owned and controlled by the Vatican. The City’s financial operations are believed to be vast and global in their reach, though rarely reported even in scant detail.
Vatican and Pope
The Vatican, like City of London, operates worldwide from within its own sovereign domain. Vatican operates from a parcel of land bounded on all sides by Italy. Though Vatican is discussed and written about much more extensively than is City of London, primarily as if Vatican is headquarters of the Catholic Church, the reality of Vatican is much murkier and is likely unknown by outsiders, or even highly placed insiders. Vatican’s accumulated wealth is believed to be vast, and its political and financial reach into every nation is enormous, although in some more than others.
Qanon’s second to last post on May 17 is a picture of an owl, followed by comments: “Guardian of the Pope. [Personal]” In Qanon practice, brackets indicate death forthcoming. Media reports have stated recently the Pope intends to resign, at least “temporarily,” though temporary normally is described as leave of absence, sabbatical or something similar. Extensive involvement of the Pope, Vatican and the Catholic Church in international human trafficking and related satanic practices is widely rumored, some of it reported.
Messages Delivered
Qanon’s last post of May 17 (also his last to date) states: “Messages delivered. END” Messages are delivered by Qanon in this manner to a range of parties, sometimes to operatives of the Qanon team, sometimes to targets of operations, including named figures in the cabal of ruling elite.

The two “messages” discussed here delivered by Qanon two days ago are worth keeping in mind as events unfold. Announcement of these potential “targets” indicate the Storm has progressed quickly and successfully through other preliminary targets. The fall of either or both of these two citadels of elitist power and oppression will prove again the historic and beneficent nature of the revolution underway. 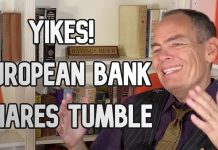 ‘Everybody dies’: Musk says neither he nor his family will take Covid-19 vaccine, blasts Bill Gates as ‘knucklehead’