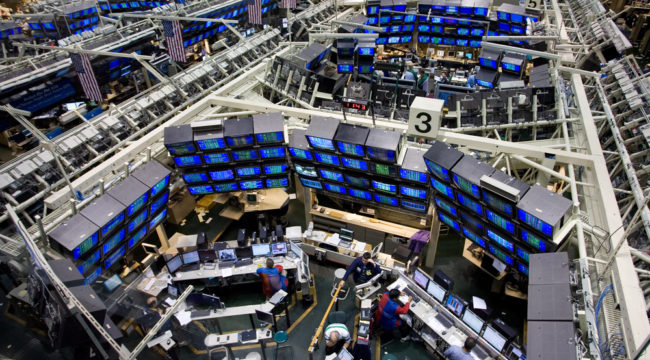 Investors can be forgiven for thinking they hit the trifecta last Friday.

The U.S. Bureau of Labor Statistics reported that unemployment had dropped to 3.9%, the lowest in almost 20 years.

The Federal Reserve Bank of Atlanta reported that its widely followed GDP forecasting tool was showing projected growth for the second quarter of 2018 at 4%, exactly where Trump boosters like Larry Kudlow said it would be.

Finally, the Dow Jones industrial average rallied 332 points (1.39%), partly in response to the other good news. It was almost enough to make a trader sing, “Happy days are here again.”

The fact is that this good news hides more than it reveals. A look behind the numbers discloses a sobering outlook for investors.

The average rate of unemployment in the U.S. from 1948 to 2018 is 5.78%. By these superficial measures, unemployment is indeed low and the economy is arguably at full employment.

Of the 153 million with jobs, 5 million are working part time involuntarily; they would prefer full-time jobs but can’t find them or have had their hours cut by current employers. Another 1.4 million workers wanted jobs and had searched for a job in the prior year but are not included in the labor force because they had not searched in the prior four weeks.

If their numbers were counted as unemployed, the unemployment rate would be 5%.

These are not retirees or teenagers but adults in their prime working years. They are, in effect, “missing workers.” The number of these missing workers not included in the official unemployment rolls is measured by the Labor Force Participation Rate, LFPR.

Of course, there are limits to labor force participation. Some potential workers suffer chronic pain or other disabilities, some are retired, some are students, some are at home raising children. Those are reasons why the LFPR has never been much over 67% since the data have been recorded.

But the drop in LFPR to 62.8% in the ninth year of an economic expansion is stunning. America has a missing workers problem that accounts in large measure for the slow growth, persistent low inflation, stagnant wages, declining velocity of money and social dissatisfaction that have characterized the U.S. economy since the end of the last recession in June 2009.