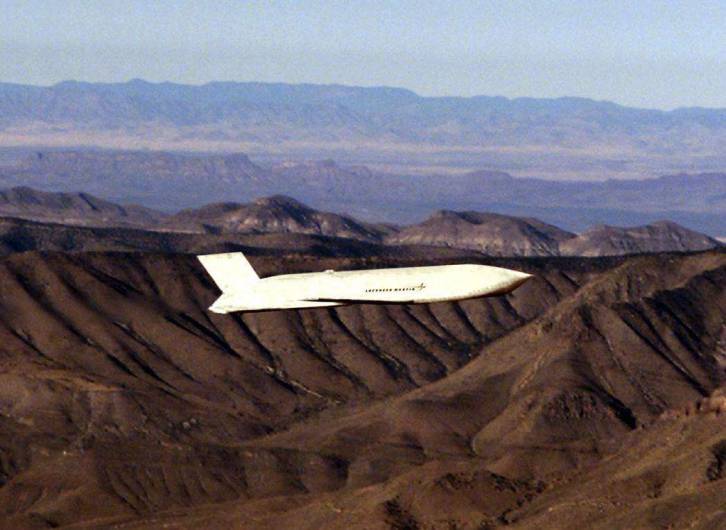 “Does Russia now have a relatively intact JASSM missile to study and reverse-engineer? If so, this is without a doubt, the greatest US military technology lossin almost a century”

Like so many others that watched the unfolding U.S.-led cruise missile strike on Syria in the early morning hours of April 14th, I was amazed by the brazen and ill-conceived nature of such an undertaking. Not only was the attack not based on any verifiable intelligence proving a chemical attack by Syrian governmental forces, the given reason for the justification of the attack, but it was extremely ill-advised from any military or political stand point. Was it imperial hubris on the part of the “leadership” of the sole “exceptional” nation, or a simple matter of poor military decision making that resulted in the approval of the strike? A number of failures in executing the strike have come to light after the fact, not minor faults that have been magnified by Russian or Syrian government propaganda interests, but real and fundamental failures that have showcased real weaknesses in frontline U.S., French and U.K. tactical cooperation, as well as new weapon systems and their employment.

A number of analyses have appeared online over the past week that have showcased the utter failure of the French Navy’s performance in the strike and the inability of the sole VLS fired LACM in the French Navy arsenal, the MdCN , to launch reliably. Only one of three FREMM class multi-purpose frigates deployed was able to successfully fire cruise missiles within the agreed upon launch interval. The five Rafale carrier-borne strike aircraft taking part in the strike each carried 2 SCALP air-launched land attack cruise missiles, yet it was announced that only 9 SCALPs were fired against targets in Syria. Apparently, one missile malfunctioned and had to be dropped into the sea as not to present a danger to the returning aircraft upon landing.

Of even greater import than the obvious failure of the French Navy, was the official announcement by the Syrian military that they had recovered two U.S. cruise missiles that were relatively intact after the strikes were conducted. These two missiles were promptly delivered to the Russian military in Syria. This entire story may just be a propaganda or military psy-op. on the part of Russia, but if true, what could be the possible implications? If true, it would not be an extremely disastrous development for the U.S. if both of these cruise missiles were a more modern variant of the Tomahawk. This missile is based on technology developed in the 1970s and 1980s. The Tomahawk is a legacy U.S. weapon system. Although increasingly modernized over intervening decades, the Tomahawk is far from cutting edge as guided missiles are concerned. Such a development would definitely aid the Russian military and defense industry in not only furthering the development of Russian missile technology, but more importantly, in developing countermeasures to defeat U.S. guided munitions.

Very early after the strikes were conducted, the U.S. Air Force made it known that B1-B strategic bombers also took part in the strike. These bombers supposedly fired 19 Joint Air-to-Surface Stand-off Missiles (JASSM) at targets in Syria. That is the official record. It is acknowledged that each B1-B can carry 24 such missiles, so it is unclear how many bombers were employed in the April 14th strike, but at least one or more were utilized. The JASSM has been in development since the mid-1990s, and was not declared operational until February of this year. The Syria strike of April 14th would be the first documented use of this weapon system ever in warfare. The JASSM had a quite troubled developmental history, and like so many other U.S. weapons systems, ran considerably over budget. The JASSM is seen as the benchmark of the next generation of U.S. cruise missiles. Did one of these missiles fail and crash land in Syria? Does Russia now have a relatively intact JASSM missile to study and reverse-engineer? If so, this is without a doubt, the greatest U.S. military technology loss (not due to Chinese espionage at least) in almost a century. And the entire episode either stems from U.S. hubris and arrogance, or simple dereliction of duty in approving a missile strike operation that was likely to be marginally successful, and definitely not worth the risk.

The Joint Air-to-Surface Stand-Off Missile (JASSM) began development in 1995 with the aim of designing and fielding the next generation of precision, autonomous, guided cruise missile for the U.S. Air Force and U.S. Navy. The Tomahawk (TLAM) land attack cruise missile proved to be very successful in attacking targets in the first Gulf War of 1991. Between this conflict and the start of the JASSM program, at least 357 TLAMs were fired on Iraq, and an additional 13 were used to target Serbian forces in Bosnia. In total, the U.S. armed forces have fired no less than 2,413 TLAMs on targets in seven different countries over the past 27 years.