It’s simple math — an equal and opposite reaction. After a long spell of QE took mortgage interest down to the lowest it has ever been, a long spell of QT (quantitative tightening) is going to take it back up again. That’s why I forecasted another housing collapse with confidence last year:

Rising mortgage rates will certainly cause housing sales to fall. Prices will follow for those houses that have to sell because, as mortgage interest rises, people won’t qualify for as large a mortgage as they do now. It’s all part of the developing Epocalypse in which multiple industries collapse into the final depths of the Great Recession as the fake recovery fades out of existence like a mirage.

The big difference between 2010 and now, and between 2008 and now, is that home prices have skyrocketed since then in many markets – by over 50% in some markets…. In other markets, increases have been in the 25% to 40% range. This worked because mortgage rates zigzagged lower over those years, thus keeping mortgage payments on these higher priced homes within reach for enough people. But that ride is ending. (Zero Hedge)

I gave this part of my 2018 economic predictions more time to play out than I did for Carmageddon or the Retail Apocalypse or a 2018 stock market crash because mortgage rates are not as volatile as things like credit-card rates, nor do housing prices quickly reverse. People can hold out for a year or more or choose not to sell at all before they are inclined to drop the price of their most treasured asset.

Nevertheless, mortgage interest is rising at the fastest rate seen in nearly half a century in what has been the most prolonged increase in 46 years. Rates are already at 4.66% on a 30-year mortgage and briefly touched a seven-year high, even though the Fed’s unwind is only at half speed and has only been happening (at an even lower speed) for a little over half a year.

Mortgage rates spiked in a big way today, bringing some lenders to the highest levels in nearly 7 years (you’d need to go back to July 2011 to see worse)…. Today did cover quite a bit more distance than other recent “bad days.” (Zero Hedge)

As interest rises, sales and prices will go into decline; but right now we still have a lot of rebuilding to do from the hurricanes and wildfires; rates are just beginning their rise; and we are entering the peak building and buying season. That means I expect a summer housing boom this year — a last hurrah — as buyers try to pour into the market before rates rise any more … as soon as school is out … and as rebuilding from last year’s hurricanes and fire storms gets under full swing.

That’s in keeping with what I said last year when I had predicted a housing decline for that summer. Housing did start to show notable problems, but the hurricanes and wildfires changed all of that to where I revised my date (prior to any known change in reported housing statistics) to say the housing decline that had begun would be delayed until the fall of 2018 due to the flurry of buying and rebuilding that the storms would necessitate.

I predicted a quick rebound to housing last fall when any of the storm afflicted who could move quickly would suck up available inventory or move to other regions and find new jobs. Then I said there would be a delayed boost for rest who chose, instead, to build new homes or rebuild damaged ones. That boost would be delayed until spring and summer of this year because clean up and planning and, in many cases, infrastructure repairs have to happen before new construction can begin, and we were moving into winter which inhibits construction.

After this coming fall, however, it’s downhill all the way for housing. The only caveat I see for that prediction is the same one that saved housing when it started going down last year: the national weather service says we are on track for another year of major storms (both hurricanes and fire storms all over again … if they know what they are talking about.) If such difficult-to-predict events materialize, they will again force a lot of people to buy new homes or rebuild old ones. That, however, is not a rinse-and-repeat cycle that can restore the economy.

While the housing market would get another temporary boost from the flurry of rebuilding, it is a boost that ultimately makes the economy weaker. The broken-window theory for rebuilding and economy doesn’t work. Things really work like this: If storms hit in the same areas that were hit a year or two before, then already bedraggled people are less resilient toward starting the rebuild all over again. As a result, those areas go into permanent decline because people simply give up and move out.

In other words, the temporary boost that we saw due to storms last year came at a cost to resiliency this year — not just the resiliency of people but the resiliency of banks toward making loans in those regions and of insurance companies to keep insuring in those regions. We’re a very resilient nation, so we can endure a lot of blows; but that doesn’t mean they make us stronger or that we are invincible. Even if storms hit in different areas, resiliency of insurance companies to keep absorbing heavy losses has declined some due to last year and would decline more this year. Insurance rates would have to rise for companies to remain solvent. Obviously, these events also reduce future resiliency by increasing many people’s debt to a level of strain they can barely take.

Storms can create a stimulus boost, but they do not turn around a secular decline. They do not change the fact that rising interest rates overall are inevitably destructive to the housing market.

How is a housing collapse evident this year in spite of storm recovery?

I can still offer support for my claim that housing is in the process of collapsing, even though we are getting a boost from reconstruction and from people quickly absorbing what inventory was available in the aftermath of the storm. The decline can be felt in the softening of statistics that developed earlier this year as the Federal Reserve’s Great Unwind from QE picked up steam.

Look at some of the headlines and stories in housing as the year developed: 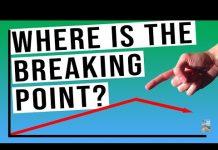 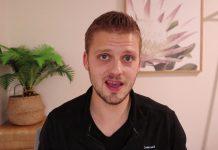 Where Did the Housing Market Go, and Where is it Going Next? My first 2020 Economic Prediction