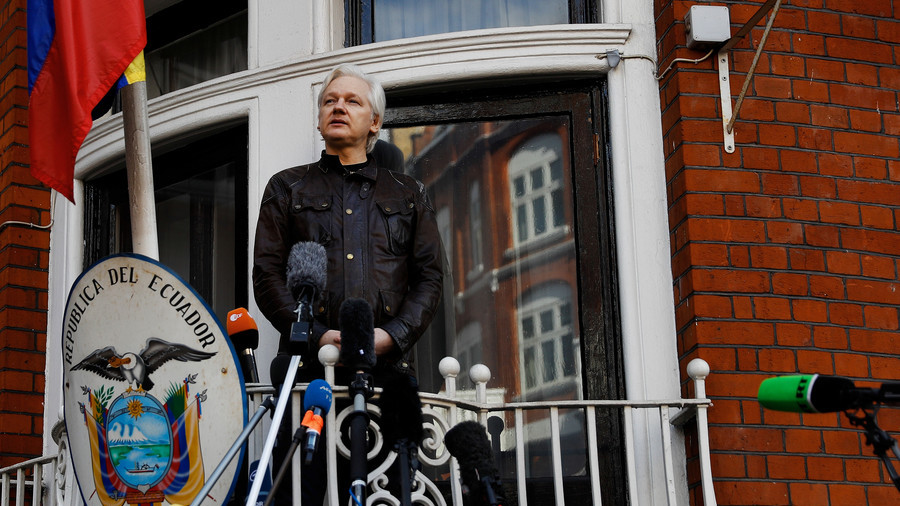 WikiLeaks founder Julian Assange is reportedly willing to testify in the investigation surrounding alleged Russian meddling in the 2016 US presidential election.

The claim that Assange is willing to speak to congressional investigators was made on Friday by his long-time associate, Randy Credico. Radio host Credico told MSNBC’s Ari Melber that Assange wanted to speak with Democrat Adam Schiff “clear this whole thing up.”

Credico challenged Schiff to travel to the UK to interview Assange, saying: “He’s got the credibility, Nixon went to China.”

He said that Assange would only speak with investigators if they came to the Ecuadorian embassy in London, where the WikiLeaks founder has been in self-imposed exile since 2012. Assange fears that if he leaves the sanctuary of the embassy, he would be extradited to the United States to face a raft of charges relating to the release of a trove of classified US intelligence material by WikiLeaks.

“Julian Assange is at the center of all of this, yet no one has interviewed him,” Credico said. However, he went on to say that Assange had not divulged what information he is willing to share with investigators.

The Republican-controlled House concluded its Russia investigation earlier this year, in which they found no evidence that the Kremlin had meddled in the US election to the benefit of President Trump. However, a minority of Democrats on the committee have continued with the investigation.

Credico claims he passed on the request to Schiff earlier this week. With Schiff’s team responding “Our committee would be willing to interview Julian Assange when he is in United States custody, not before.”

“Our committee would be willing to interview Julian Assange when he is in U.S. custody, not before.” https://t.co/Ho0LkqtN7N

Throughout the election campaign, WikiLeaks released thousands of emails from Hillary Clinton’s campaign and the Democratic National Committee, which various US intelligence services claim were stolen by Russian hackers.