Ed. Note: Given my recent conversation with Liz Crokin about the Kanye West-Jay-Z feud, Jay-Z’s “assassins”, and Jay Z’s clear and present involvement with the ‘Illuminati’, this strikes us as yet another bit of news that would not be happening if Hillary was in the Oval office. 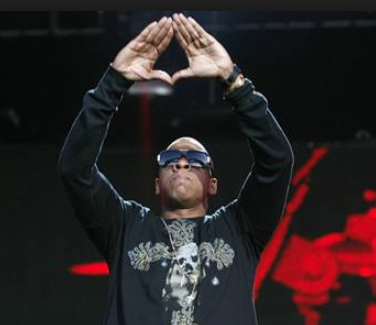 According to a press release published Thursday morning, the agency is seeking a court order to compel Sean Carter, the Brooklyn rapper better known as Jay-Z, to appear before a team of investigators who are looking into potential violations of federal securities laws by Iconix Brand Group Inc. The order was filed in the Southern District of New York.

Back in 2007, Iconix paid Jay-Z more than $200 million to acquire the rights to Rocawear, according to the New York Times.

Carter allegedly failed to comply with two subpoenas issued by the SEC, and has declined through his lawyer to provide any additional dates on which he will agree to appear.

Read the SEC release in full below:

The Securities and Exchange Commission has filed a subpoena enforcement action against Shawn Carter seeking an order directing him to comply with an investigative subpoena for his testimony.

According to the application and supporting papers, which were filed in federal court in the Southern District of New York, the SEC is investigating potential violations of the federal securities laws related to the financial reporting of New York-based Iconix Brand Group, Inc., which paid Carter more than $200 million to acquire intangible assets associated with Carter’s Rocawear apparel brand. After the acquisition, Carter and Iconix maintained publicly-disclosed partnerships related to the Rocawear brand.

In March 2016, Iconix publicly announced a $169 million write down of Rocawear, and in March of this year, Iconix announced a further write down of $34 million. The SEC’s application states that the Commission seeks Carter’s testimony to inquire about, among other things, Carter’s joint ventures with Iconix. The SEC initially issued a subpoena for Carter’s testimony on November 16, 2017. On February 23, 2018, after Carter retained new counsel, the SEC issued a second subpoena for Carter’s testimony. Carter failed to appear as required by the subpoenas and, through his counsel, Carter has declined to provide any additional dates on which he will agree to appear for investigative testimony.

As stated in the SEC’s application, a subpoena enforcement action is appropriate where the information sought from the witness is relevant to the investigation. The application does not reflect a determination by the SEC or its staff that Carter has violated provisions of the federal securities laws at issue in the investigation.