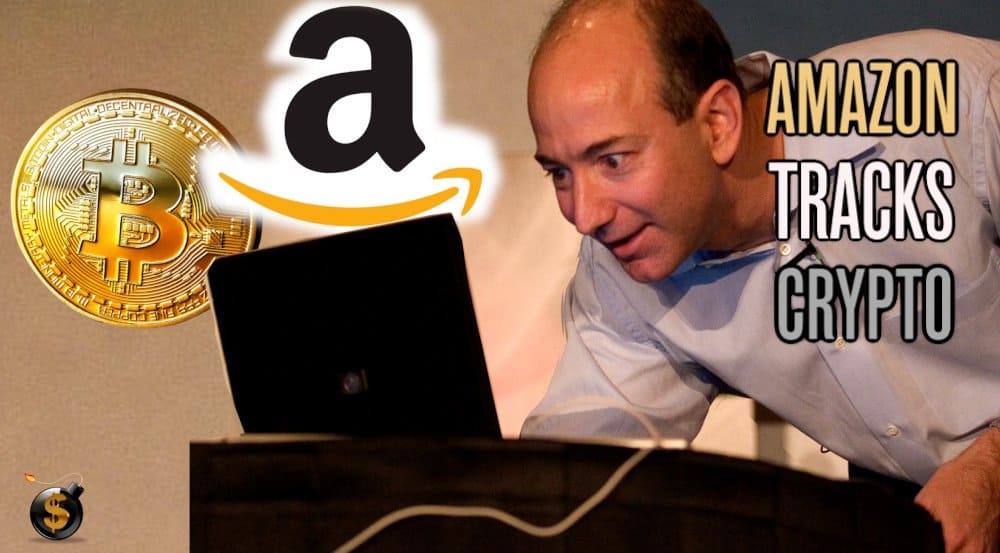 As reported by CNBC, the patent–filed by Amazon Technologies–will “correlate different data streams and sell the combined feed as a subscription to people who want to track that data.”

Bitcoin transactions are specifically used as examples twice in the filing. In the first instance, the patent mentions “a data stream that publishes or includes global bitcoin transactions (or any cryptocurrency transaction)” for use by electronic or internet retailers.

Even more concerning still is the second example which explains how the tech can be used specifically by cops to keep tabs on users and track purchases made with crypto:

For example, a law enforcement agency may be a customer and may desire to receive global bitcoin transactions, correlated by country, with ISP data to determine source IP addresses and shipping addresses that correlate to bitcoin addresses. The agency may not want additional available enhancements such as local bank data records. The streaming data marketplace may price this desired data out per GB (gigabyte), for example, and the agency can start running analytics on the desired data using the analysis module.

Anonymity and decentralization are paramount to crypto’s value as an alternative currency—freedom from the prying eyes of government goons is reason enough to use it.
But the ring of power as symbolized in The Lord of the Rings is too alluring for even the most successful private companies, and Jeff Bezos is proving to be yet another casualty seduced by it.

Using the government patenting system to monopolize control over a technology that tracks Bitcoin transactions—that’s about as fascistic as it gets.

But apparently, it’s happening. Are we now witnessing the final stage of the co-opting of bitcoin?

This is exactly why the real ring of power needs to be destroyed altogether—and cryptocurrencies on the whole offer society one of our best hopes to achieve that.

This also reinforces why other cryptos, which we have recommended, including Bitcoin Cash, Dash, and Monero, are so important. In various ways, each of them offers potential privacy options that bitcoin, due to its being morphed into “digital gold” is now less able to provide.

Some want to use state-sponsored regulations to crack down on blockchains, but thankfully, “we the people” may be just too far ahead of the inefficient, archaic bureau-rats for them to catch up.