While the mainstream media obsessed over comments made by comedian Michelle Wolf, North and South Korea sent stocks crashing and a city moved forward with clearing cannabis convictions.

The name “Michelle Wolf” has dominated headlines and has become the talk of the mainstream media following the comedian’s speech roasting the Trump Administration at the White House Correspondents’ Dinner on Saturday. While everyone seems to have an opinion on Wolf’s comments, the fact is that the debate has served as the perfect distraction from several incredibly important news stories from the around the world.

Here are five stories you may have missed while the media was obsessing over Michelle Wolf’s speech:

1. Military-industrial complex stocks crashed in response to a historic peace deal between North and South Korea
The leaders of North and South Korea reached a historic peace deal this week when they met in person for the first time and agreed to pursue an end to the Korean War. It signaled an incredible breakthrough in diplomacy that also sent the stocks of defense contractors in the United States crashing.

The same stocks that skyrocketed after Trump vowed to meet North Korea with “fire and fury like the world has never seen” in August 2017, fell significantly at the prospect of peace in Korea. Following the meeting, the five largest defense contractors in the U.S. lost more than $10 billion in value. Lockheed Martin (LMT) fell 2.5 percent, Northrop Grumman (NOC) fell 3.4 percent, General Dynamics (GD) fell 3.8 percent, and Boeing (BA) fell less than 1 percent.

2. The same people who begged for universal healthcare to save dying babies stayed silent as the UK government killed Baby Alfie
Alfie Evans, a 23-month-old boy with a rare degenerative neurological condition, died this weekend after he was taken off life support and he survived for more than four days without food or water, following orders from the UK government to end his life. Despite the fact that his family appealed every court decision, and even obtained Italian citizenship for Alfie so that they could secure extended treatment, he was still sentenced to die.

Unfortunately, this system is championed by many who claim that government should be in charge of medicine. For example, talk show host, Jimmy Kimmel delivered an emotional monologue last year about his new son, who was born with severe heart defects requiring emergency surgery. He used his experience to urge Americans to support state-run healthcare, yet he remained eerily silent when the same system he promoted was responsible for the death of Baby Alfie.

It's with the heaviest of hearts we have to announce Alfie gained his Angel wings at 2.30am this morning..Please continue to show your love & support to Tom & Kate.. We love you Alfie #AlfiesArmyForever #WeLoveYouAlfie #AlwaysInOurHearts 💜💙💜💙 pic.twitter.com/qbDVJdets4 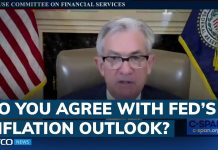