Hours after the overnight US-led missile strikes on Syria, WikiLeaks republished a crucially important diplomatic cable through its official media accounts confirming that Saudi Arabia’s long term strategy in Syria has been to pursue regime change “by all means available.” According to the leaked internal Saudi government document, this is the kingdom’s proposed end-goal even should the United States at any point show “lack of desire” due to the threat of Russian response and possibility of a ‘great power’ confrontation.

With American lawmakers and media pundits already urging President Trump to escalate and sustain attacks against Syria, it must be remembered that close US allies like Israel and Saudi Arabia have long coordinated to create the conditions that might tip the US administration toward full military action resulting in regime change in Damascus. And more recently, fresh off his weeks-long tour of the US, Saudi Crown Prince Mohammed bin Salman has both slammed previous proposals of US troop withdrawal in Syria and declared eagerness “to work with allies on any military response in Syria if needed.”

It is also essential to recall that the al-Qaeda linked group which originated the claims of a government orchestrated chemical attack on civilians in the Damascus suburb of Douma, called Jaish al Islam (JAI), is and has always been state sponsored by the Saudi regime. The Guardian, among others, reported beginning in 2013 that Saudi Arabia founded and trained the group, spending millions.

Notably, as Russia as well as some Western counter-terror experts continue to point the finger at Jaish al Islam (and the “White Helmets”) for staging the Douma “chemical attack” in order to provoke the US military response, it has emerged through past reporting that JAI itself had used chemical weapons against Kurdish militias in Aleppo’s Sheikh Maqsoud district in 2016 (and it appears that the Saudi-backed group openly admitted to carrying out prior chemical attacks according to The Daily Beast).

Given this current context and the continued rapid unfolding of the crisis, the previously leaked ‘secret’ Saudi memo published by WikiLeaks takes on new significance and meaning: did the Saudis finally trigger their “by any means available” scenario (a ‘chemical incident’) at a moment when their proxies were collapsing in the face of overwhelming Syrian Army victory?

The below article and translation was originally authored by Brad Hoff in 2016 for WikiLeaks and Foreign Policy Journal, and is used here with permission.

Secret Intel Memo: Overthrow the Regime “by all means available”

A WikiLeaks cable released as part of “The Saudi Cables” in the summer of 2015, now fully translated here for the first time, reveals what the Saudis feared most in the early years of the war: Russian military intervention and Syrian retaliation. These fears were such that the kingdom directed its media “not to oppose Russian figures and to avoid insulting them” at the time. 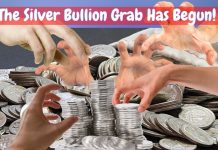