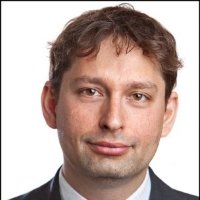 If there’s any plaintiff’s law firm in America that should know racketeering when it sees it, it’s Cohen Milstein. It’s sued the major Wall Street banks repeatedly with a solid win rate for colluding to rig pretty much anything that trades. On Friday, in the same Federal District Court where its Wall Street actions are litigated, the Southern District of New York (SDNY), it filed its bombshell RICO lawsuit on behalf of the Democratic National Committee (DNC).

The lawsuit does not name President Donald Trump as a defendant but it does name prominent members of his presidential campaign, including his son, Donald Jr., and son-in-law, Jared Kushner. Trump’s former campaign chairman, Paul Manafort, and advisers, Roger Stone and George Papadopoulos are also named, as are the Russian intelligence service, Russian Federation, several Russian operatives, Julian Assange and WikiLeaks.

The lawsuit charges that “In 2015 and 2016, Russian intelligence services hacked into the DNC’s computers, penetrated its phone systems, and exfiltrated tens of thousands of documents and emails. Russia then used this stolen information to advance its own interests: destabilizing the U.S. political environment, denigrating the Democratic presidential nominee, and supporting the campaign of Donald J. Trump (‘Trump’), whose policies would benefit the Kremlin.”

The complaint describes the “conspiracy” as “an act of previously unimaginable treachery: the campaign of the presidential nominee of a major party in league with a hostile foreign power to bolster its own chance to win the presidency,” adding that WikiLeaks “disseminated the information at times when it would best suit the Trump campaign.”