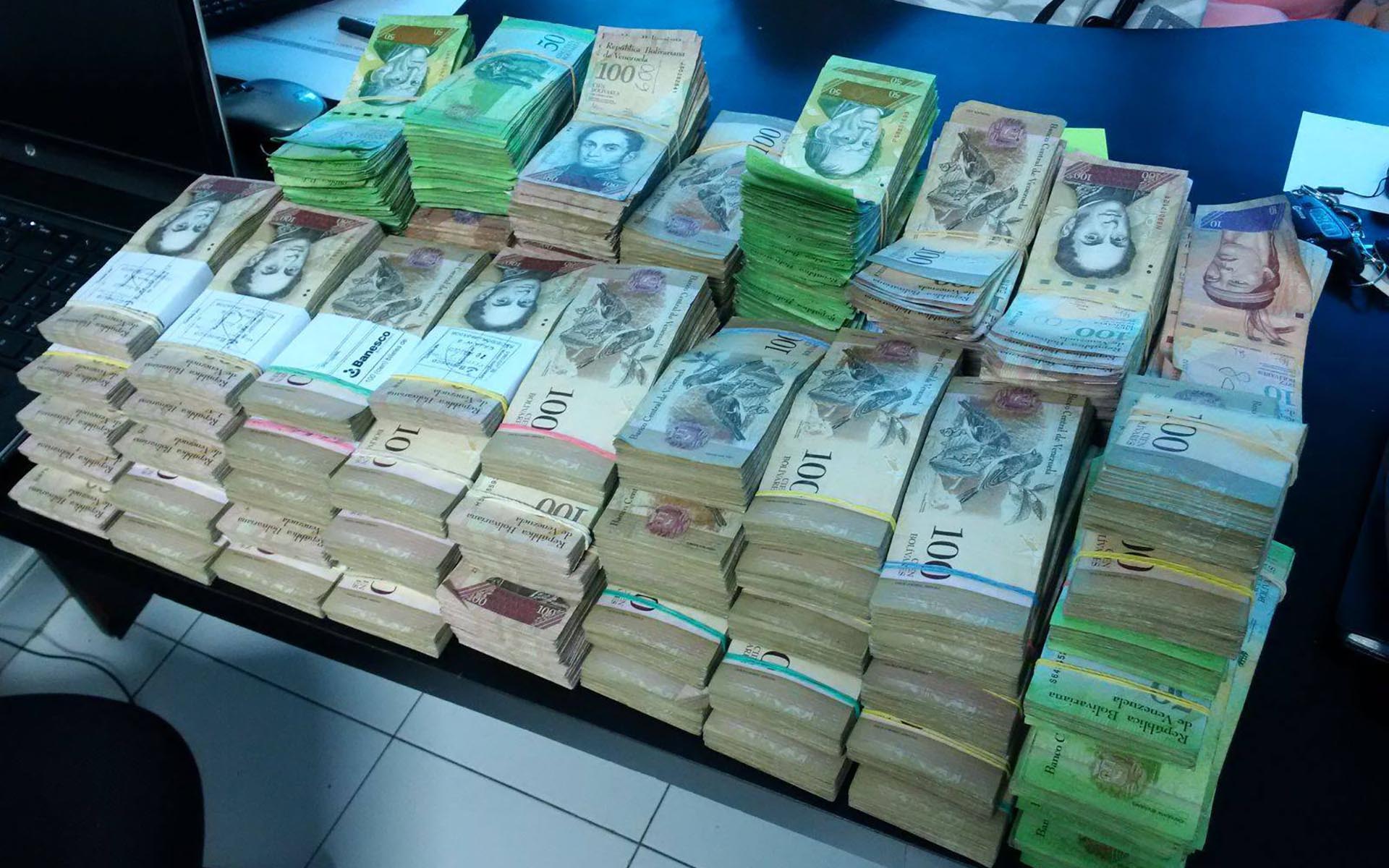 The intention of this article will be to describe how the prices went wild, and what you could expect in a hyperinflation scenario. Perhaps softer, or perhaps worse, that is not possible to know for an amateur like me, not being an economist. But something similar to this is what could be expected in the real world, not in some hypothetical scenario of the theoretical economy..

For some reason that I will try to elucidate afterward, the salaries stopped being useful for buying anything other than food. The prices I will publish in our national currency, the Bolivar already were rounded by taking 3 zeroes by Uncle Hugo´s command. A few days ago, this was done…again, now by command of the bus driver, in an attempt to make the hyperinflation look less threatening. Go figure.

One Bolivar is worth 0.000020 USD. The minimum wage is $5.21 or 1.800.000 Bs for a month. Now, how could we expect someone to live under these conditions? It is entirely unexplainable to me that this has not generated massive riots…yet.

Here are the hyperinflation costs of basic items in Venezuela
Remember, many people are paid only 1.800.000 Bs for a month:

How people are reacting
One of the most amazing things I have seen is that people are in total denial, and they refuse to accept that the money is not worth even the paper it is printed on. They won’t innovate changing to cryptos easily, nor will they accept silver coins, much less other precious metals. They won’t barter, they won’t trade their labor time (I mean major cities, in my small town things are a little different). We had a good supply of silver coins in the 60s, but that changed.

They talk and talk, complaining about the government, but they just don’t do anything. I have seen some small plots in our subdivision with tomatoes plants and other vegetables, but that is just a salad for one lunch. And the people passing by will take whatever is within their hand’s reach.

The electronic money has been devaluated much more than cash. Something with a price in cash, if you try to pay with debit card or money transfer via internet the price will be 2 or 3 times the cash price. Illegal? Yes, it is. But there is no way to control it.

The main problem arises because it is the military taking over the supply chain. They have an agreement with the gangs, and they deviate the production of the plants that are under military control, to the street sales. The gangs are armed, and they protect the retail sellers from thieves and turmoil. This is in the most populated cities, where the money is, and therefore the products don’t make it so often up to the smaller towns.

The black market offers of tires, food, car spares, engine oil, and all kind of medicines and goods are rampant, and the social networks are full of resellers. You may expect a morality crisis, in parallel with this economical crisis. I asked a granny how much was charging for some hand towels she had for sale, and I did not have enough money in my pocket to buy even one towel…I apologized but saw she was upset. It was a sad, awkward moment indeed.

Senior citizens are taking a beating. Their pension is not enough for one week worth of food. Jeez, maybe once this is published it will be not enough even for a couple of days…the clowns that tried to sell the “petro” just realized that this snake oil did not work. The calculated inflation is 13.000%. Without money from the IMF, having paid the debt, and kicked them out of the country…the disaster arrived anyway. The government just does not want to do what they have to do. There are too many military personnel involved in the black market and an uprising is more than possible that will launch the gangs in power off to the ground if some of them are disturbed.

How people survive
To find a medium of exchange, and at the same time capable of holding its value until you actually need to exchange it is not easy. Cigarettes, chocolates, all kind of commodities have been used, and there is a small but growing trade with this stuff. Not at the dimensions one would imagine, but generally speaking, the financial culture in our society is almost unknown. There is no such thing as a stock exchange (but there was one, in the past), and whatever other things that smell like the free market, the gov carefully removed. People clamor for “price control” without even realizing that it is not the price but the lack of production what is starving them.

I have known some people that even received satoshis as a medium of payment for food or car parts. However, as the BTC has been going down these last weeks and the amount of satoshis to receive is calculated based on the USD price, this trading has been slowing down.

As I have mentioned, the country is already collapsed. Those self-employed that could adjust their fees for their service from one day to another, and that could receive, say, a bag of sugar for their valuable services are those who are not overly stressed to leave the country. This is one of the most important lessons, I think. Someone with manual, valuable skills, that could provide basic goods or services, will be able to survive. They will just adjust their prices…and if the customer can´t pay, then most likely they will trade in their service for something to barter. People with low maintenance trucks, that have received meat as payment in a farm for transporting a load of hay (many farmers have to buy hay down here in the dry season because they don´t have the machines to compact it and there is no rain for the pastures to grow). They exchange the remaining meat for cheese, poultry, and fish. Or the electrician like my dad got paid with half a pork for one day of work at his friend´s farm rewiring an old corn mill. He took the excess as a gift to one of my cousins, and got back 6 kgs of pasta, and 2 of sugar.

This is how we, in the small community I was born and raised and my family is lucky to live yet, are dealing with the criminals that have imposed the crisis. These are the places where people support each other because we know everyone since we were small kids. We grew up together, went to school, and celebrate birthdays, Christmas, Mardi Gras together. We cried when our elders were gone, all together. I have found people from my hometown in the opposite side of the country that I did not remember, and they had gone to basic school with me, and after a few anecdotes, we were laughing and shaking hands. This is the kind of community that will struggle but will survive.

The other ones?. The big city dwellers?…

The hardworking father of three, with a minimum wage, is starving, and watching their family starve too. Some of them quit their jobs and started a life of crime. Other ones leave their families behind and don’t come back. Other have been kind enough to tell their families that they will be in this or that country, and never appear again.

Many have committed suicide.