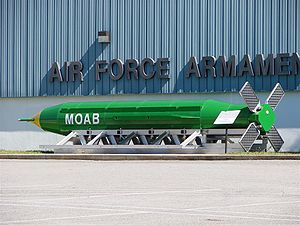 The people of Afghanistan continue to deal with the physical and emotional aftermath of events that transpired one year ago when the US military dropped one of the biggest non-nuclear bombs ever made in their country.

On April 13, 2017, a US military aircraft dropped the GBU-43/B Massive Ordnance Air Blast on a tunnel network used by Daesh* terrorists in the Acin district of the Nangarhar province of Afghanistan.

However, Afghan political analyst Wahid Mozhdah told Sputnik Afghanistan that the United States does not really seek to battle terrorists in the country and pursued other goals when they deployed that weapon.

“Using a bomb this expensive against a handful of people is illogical. They simply tested this bomb in Afghanistan. The US is not really fighting against terrorists and other groups; they [the US] turned Afghanistan into a testing range for their weapons,” he said.

Kabul residents who shared their thoughts about those events with Sputnik also appeared skeptical regarding the results of the US military action in Nangarhar.

According to Seyed Jahed Hashemi, the entire operation was pointless as far as the elimination of the militants’ manpower was concerned.

“The deployment of the Mother of All Bombs by the US in the Acin district of Nangarhar province wasn’t supposed to happen, because it was simply pointless to use such a large bomb to wipe out terrorists in such a small province. By the time the bomb was dropped on them, the number of Daesh militants there wasn’t big enough to warrant a bombing. The money the US spent to develop this bomb would’ve been enough to liberate all of Afghanistan from Daesh militants,” Hashemi remarked.