A new Rasmussen Reports national telephone and online survey has found that 54% of likely United States voters now say they do not trust the political news they are getting. That’s up from last June’s previous high of 46%. This all comes on the heels of ex-MSNBC pundit exposing the network’s clear “pro-establishment bias.”

Rasmussen reported that according to the outcome of their survey, just 32% of voting Americans trust the political news they are getting, down slightly from surveys since 2016. Another 15% are not sure. (To see the survey’s exact question wording, click here.)

The national survey of 1,000 Likely Voters was conducted on April 18-19, 2018 by Rasmussen Reports. The margin of sampling error is +/- 3 percentage points with a 95% level of confidence. Field work for all Rasmussen Reports surveys is conducted by Pulse Opinion Research, LLC. But as it turns out, the media is all scripted, and Ed Schultz, who was pushed out of MSNBC for refusing to tow the establishment’s line, came clean to RT, who he now works for.

Schultz recently gave an interview about the ordeal to the National Review‘s Jamie Weinstein. Schultz detailed a particularly disturbing, but unsurprising story about MSNBC’s refusal to cover former presidential candidate Bernie Sanders seriously. According to Schultz, five minutes before he was due to cover Sanders’ announcement that he would run for president, MSNBC’s president Phil Griffin called him up and told him not to report on it.

Schultz said he was told to not cover Sanders because the network was so thoroughly determined to promote Hillary Clinton as the Democratic candidate that giving primetime exposure to a progressive voice like Sanders would be dangerous to Hillary’s election chances.

“I think the Clintons were connected to [MSNBC chairman] Andy Lack, connected at the hip. I think that they didn’t want anybody in their primetime or anywhere in their lineup supporting Bernie Sanders — I think that they were in the tank for Hillary Clinton and I think it was managed — and 45 days later I was out at MSNBC.” –Ed Schultz

Is it really a surprise that voters are finally waking up to the fact that their entire worldview was scripted with the illusion of choice built right in? 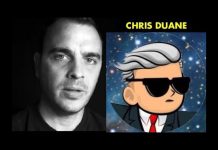