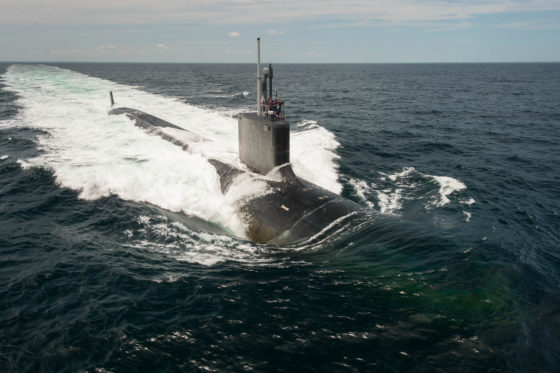 The United States nuclear submarine that took part in the attack on Syria over the alleged chemical weapons use is not allowed back in the waters near Naples, Italy, the mayor declared. The mayor states that he designated the city a “denuclearized zone” in 2015 and wants to keep it that way.

Naples Mayor Luigi de Magistris wrote last week to Rear Admiral Arturo Faraone, head of the city’s port authority, complaining that the official had given permission to allow Virginia-class submarine USS John Warner to pass through the Gulf of Naples on March 20, following a two-week exercise by Western military alliance NATO. Magistris argued that he had designated the city a “denuclearized zone” in a 2015 act that sought to “prohibit docking and parking of any vessel that is nuclear-powered or contains nuclear weapons” and declared Naples a “city of peace,” according to Italian newspaper La Repubblica.

“Our administration is not against anyone but it is in favor of policies of peace, disarmament and international cooperation,” de Magistris told Italian news service Agenzia Nazionale Stampa Associata on Monday. “It is in favor of diplomacy so that international institutions like the U.S. are the lead players in moments of crisis. The fact that it is the same submarine (involved in the Syria attack) further reinforces the rightness of the order with which we said ships of nuclear propulsion or carrying nuclear weapons are not welcome in the port of Naples and, therefore, they are not allowed to travel through or stay,” he added.

Adding further insult to injury, Israel has come out saying the US-led strike on Syria, which was coordinated with the help of France and the United Kingdom, was a failure. Based on their goals outlined, which was to prevent Bashar al-Assad from using chemical weapons in the future, the US-led strike on the war-torn nation won’t accomplish that. Israeli intelligence said that the US strike was, for all intents and purposes, a waste of money because it didn’t take out anything, really.