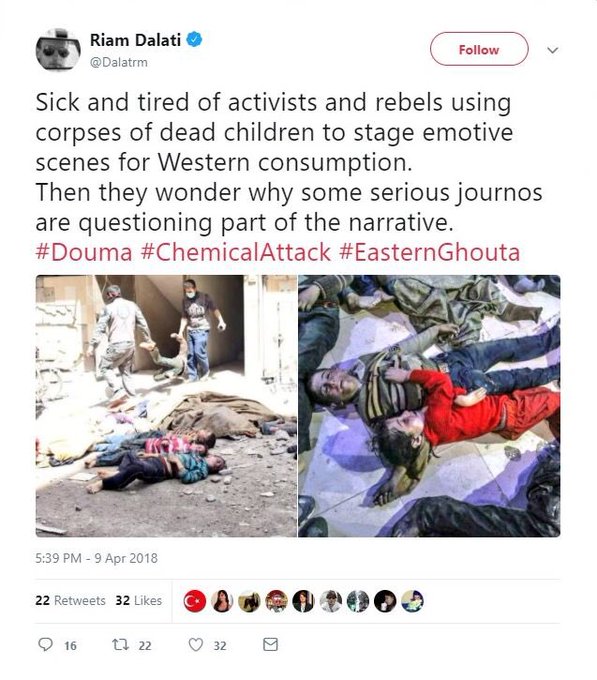 The same Syrian rebels who claimed the Assad Government dropped chemical bombs on innocents in Douma were caught using dead children to play on Western emotions.

Yesterday a BBC journalist (see above) posted a rare admission that #Syria rebels & activists are manipulating photos of dead #Douma children for western media propaganda purposes. Today the BBC journalist has deleted his tweet but, for the record, a screen shot of it is here pic.twitter.com/MvZ9OjHV5P