Warnings about looming public pension disasters have regularly cropped up since the 1950s, pointing to problems 25 years or more down the line. To politicians and union leaders, 1 the troubles were someone else’s predicament. Then crisis fatigue set in as the big problem remained down the road.

Today, the hard stop is five to 10 years away, 2 within the career plans of current officials. 3 In the next decade, and probably within five years, some large states are going to face insolvency 4 due to pensions, absent major changes. 5

There are some reassuring facts. 6 Many states are in pretty good shape, and many others still have time and resources to fix things. 7 There is no serious chance of retirees being impoverished. What’s in doubt is whether states will pay promised benefits to retirees with large pensions or significant outside income or assets. 8 Also, although most of the problem is created by politicians and union leaders cutting deals to promise future unfunded benefits to keep voters 9 happy, there are also plenty of stories of politicians and union leaders risking their careers to stand up for honest pensions. 10

It’s important to distinguish between actuarial problems (the present value of projected future benefit payments exceeds the funds set aside to pay them plus projected future contributions) and cash problems (not having the money to send out this month’s checks). Actuarial problems are always debatable and usually involve the distant future. Cash shortfalls are undeniable and immediate.

New Jersey 11 has $78 billion in its state pension fund, which is supposed to cover future payments with a present value of $280 billion. But that latter number is a projection. 12 You can ignore it if you wish, 13 or hope that soaring investment returns or a pandemic among retired workers will fix it. A more certain figure is that the $78 billion represents less than seven years of required cash payments.

If we extrapolate from the past, rather than use promises in the state budget, current employees plus the state will contribute about $25 billion over those seven years, which could provide another few years before the till is empty. But it will also add around $60 billion of future liabilities to current employees. The system probably breaks down before the pension fund gets to zero, for example if assets were to fall below $30 billion while projected future liabilities exceeded $300 billion. Even the most optimistic people would have to admit the situation is unsustainable. This could happen in three years in a bad stock market, or perhaps 10 with good stock returns. But fund assets are so low relative to payouts that good returns aren’t that helpful. 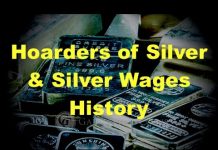