This is about as underreported as it gets. A tiny, almost nonsexist report appeared in Trend.az news service on Thursday April 19 announcing that Turkey’s Central Bank had moved 220 tons of gold out of the Federal Reserve System to take possession in Turkey. Trend is also reporting that an additional 95 tons of gold is being moved out of the Federal Reserve and back to Turkey.

Remember, gold is not money and more akin to a barbarous relic that is only held by Central Banks as a tradition. Right. Then why are some central banks repatriating their gold out of the Federal Reserve as Turkey just did?

In an article by Rufiz Hafizoglu and published at Trend.az, a news service located in Azerbaijan, the Turkish government has reportedly taken possession of 220 tons gold that was repatriated from the Federal Reserve. Trend did not specify a government official nor a government agency simply reporting Turkey’s Central Bank has transferred its gold reserves stored in the US Federal Reserve System to Turkey. Turkey’s total gold reserves was the entire 220 tons Turkey reported to have taken possession of on April 19, 2018. The total current value represents approximately $25.3 billion.

In the report Trend cited an additional 95 tons of gold that two different Turkish banks acquired, Ziraat and Vakifbank, but it is unclear to us wether this 95 tons is in addition to the reported 220 tons or is included in the overall.

Local media cited government sources as saying that the Central Bank of the Republic of Turkey (CBRT) has transferred its gold reserves from the US Federal Reserve System to Ankara.
In March 2018, the CBRT’s gold reserves were worth 25.3 billion dollars; 220 tons of Turkish gold was stored in the US, according to the sources.
The largest private Turkish banks also withdrew their gold reserves from abroad, responding to President Recep Tayyip Erdogan’s call “to get rid of exchange rate’s pressure and to use gold against the dollar.”
In particular, the Halk Bankasi bank transferred 29 tons of gold to Turkey, according to the Turkish newspaper Milliyet. Source

It seems nations making request to have their gold returned is being treated much differently these days and only being reported AFTER the gold has been shipped and accepted at the final destination.

Back in 2012 Venezuelan was one of the first nations to step up and make a lot of noise about wanting their gold repatriated. Several mainstream news articles and lots of fanfare from Venezuela ensured the world was watching.

The Bloomberg News story appended here reports on the arrival in Caracas on January 30, 2012, of the final shipment of Venezuela’s gold, 14 tonnes carried on a single flight. Bloomberg quotes the president of Venezuela’s central bank, Nelson Merentes, as saying: “In two months we’ve brought 160 tons of gold valued at around $9 billion back to Venezuela.”
By contrast, the Bundesbank first planned to take seven years to recover 300 tonnes from the New York Fed. If Venezuela’s pace had been adopted, the Bundesbank could have recovered those 300 tonnes in four months, and, if it has been so inclined, could have recovered its remaining 1,200 tonnes at the New York Fed in another 15 months or so. Source 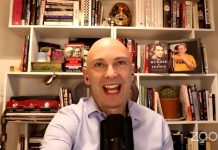