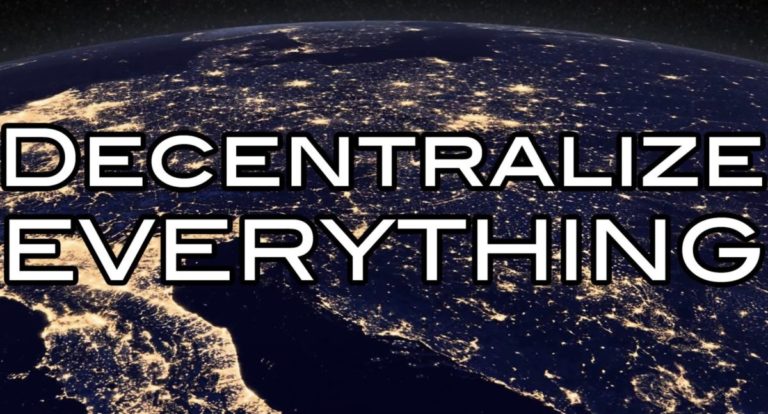 Whenever all government, domestic and foreign, in little as in great things, shall be drawn to Washington as the center of all power, it will render powerless the checks provided of one government on another, and will become as venal and oppressive as the government from which we separated.

The first three parts of this series focused on the obvious reality that imperial America is not just increasingly being seen as a rogue state around the world, but that it’s also become harmful and parasitic to its own people. It’s become abundantly clear that empire is not compatible with Constitutional government.

As power and resources have become increasingly centralized in Washington D.C., the American people have suffered. We’ve suffered from an increasingly rigged economic and financial system, continued security-state encroachment in the form of mass surveillance and a militarization of police, and a war industry which relentlessly funnels more and more wealth toward protecting imperial dominance overseas.

As anyone who’s read the U.S. Constitution knows, this is not the way the union was supposed to function. Indeed, the founders were obsessed with avoiding the pitfalls of European empires since they knew how that story ends. At the federal level, a separation of powers between the three branches of government: the legislative, the executive and the judicial was a key component of the Constitution. The specific purpose here was to prevent an accumulation of excessive centralized power within a specific area of government.

While this separation of powers still exists on paper, it’s been eroded to a very dangerous degree. When it comes to war, which the legislative branch is supposed to declare, Congress has chosen to abdicate its responsibility and simply allows the executive to do whatever it wants. We saw this with Obama and we see it with Trump. The separation of powers is being ignored completely when it comes to state-sanctioned murder and this is no small thing. Equally concerning, a fourth branch of government has also emerged. Completely lawless and unaccountable, the extraordinarily dangerous power wielded by U.S. intelligence agencies provides another example of how far we’ve strayed as a people.

Beyond a separation of powers at the federal level, the founding founders made sure that the various states had tremendous independent governance authority in their own right in order to further their objective of decentralized political power This was enshrined in the 10th Amendment to the Constitution, which reads as follows:

The powers not delegated to the United States by the Constitution, nor prohibited by it to the States, are reserved to the States respectively, or to the people.

The reason I’m pointing all of this out is because the founding fathers intended the U.S. to be a project in political decentralization. Not only was regional (state) power supposed to be extensive by design, but they also made sure to separate powers at the the federal level. It seems clear that the primary intent behind the Constitution was to prevent an accumulation of excessive power (centralization) in any one person or group of people. This was revolutionary for its time.

If you take an honest look at the U.S. today, you won’t see Constitutional government. Politicians don’t care about it, intelligence agencies don’t care about it, and the average person doesn’t really care either. Our national evolution into the world’s dominant imperial force has transformed the Republic into a centralized superstate.

Most of you already understand all this. Where things get interesting is that this centralized superstate, aka the U.S. empire, is likely to experience a serious collapse in the years ahead under the weight of excessive corruption, mismanagement and a loss of the consent of the governed. American citizens are rapidly climbing the learning curve as to how things really work and they’re not too happy.

Science Proves That Time Is Running Out For Humanity…