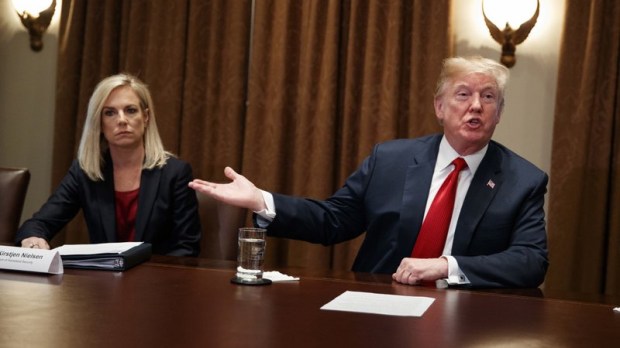 If it were not for the election of President Trump, and his steadfast support of the Republic, the United States would be firmly in the midst of dissolution.

This article connects past documentation, previously provided on The Common Sense Show along with relevant current events. The combination of history and contemporary happenings paint a picture of a nation that is being attacked from within and from without. The United States faces the unusual historical position of being internationally undermined through the threat of World War III to the simultaneous existence of a well-orchestrated coup against the solidarity of the Union. In other words, there is a well-orchestrated coup underway against the sovereignty of the United States and the enemies of the Republic are apparent for all that have eyes to see.

The Plot to Internally Overthrow the Republic Stems from CALEXIT
According to Paul Preston as well as my own research, we have collectively discovered reports that were circulating that numerous state legislators from California, including then “California Senate pro tem Kevin de Leon), State representatives from Florida, Texas, New Mexico, Arizona, Nevada, Utah and Colorado have been meeting with members of La Raza, the Mexican government (consulate), Mexican Mafia (“La EME”), California’s violent Mexican gangs (Nortenos /Sureños/ Sur 13), La Familia and religious leaders (Catholic / Jesuits) to come up with a plan to separate from the United States as well as the above mentioned states”. Governor Brown, his aides, and the Bank of China have been in attendance in several of these meetings designed to sever California from the US. Further, The Common Sense Show also reported that George Soros is bankrolling some of the costs associated with this movement. In addition to Soros, the United Nations and the Chinese government have had representatives at the CALEXIT meetings as well as the Mexican Consulate. Further, the Russians are involved in this plot as well.

The bulk of American retail and agriculture comes from California. If the state were to ever exit the country, the economic impact would prove catastrophic and managing the nation in this much crisis would prove impossible. This would force the emergence of collectives (a state or combination of states arising to protect local and regional interests).

Paul Preston’s embedded sources have been clear about the intentions of the CALEXIT movement. If they cannot exit the country through a contrived and unconstitutional process, they will create such division and violence that the United Nations will complete the process through the importation of UN Peacekeeper troops on American soil to complete the breakup. Under CALEXIT, California would become a protectorate under the control of the United Nations.

CALEXIT organizers have been quite clear, if they cannot exit the US, they will cause so much trouble that the UN will enter the country to restore order under the Kigali Principles (see below). This is exactly why we are seeing border unrest and President Trump’s reaction to this would-be-crisis by placing the US military on the border. Let me be crystal clear, President Trump did not threaten to end NAFTA and DACA over the mere presence of 1,500 immigrants which were previously coming our way. This invasion is designed to turn violent by the forces which are following this “Caravan to madness”.

This CALEXIT (eg George Soros) movement is dead as evidenced by the emergence and popularity of the New California movement which is legal and supported by the vast majority of California residents as evidenced by the 38 counties out of the 58 who have joined the movement. Therefore, Soros and his cronies must resort to violence to achieve the goal of breaking up California and ultimately the United States. And this contrived violence will give the UN the pre-emptive excuse to enter the US to protect the citizens from violence.

Using Border Unrest to Bring In Foreign UN Troops
The so-called immigration invasion from Central America only consisted of 1,500 immigrants. The threat was much more ominous that the mere presence of 1,500 would-be border crossers. Paramiliary forces from MS-13, the drug cartels and terror groups are following and still plan to wreak havoc on our southern border.