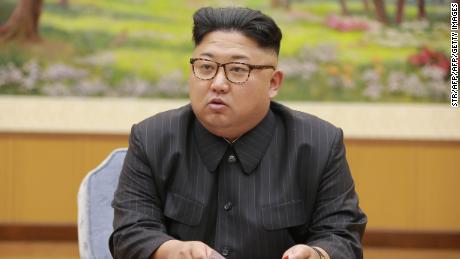 The Washington Post broke the story about what was supposedly a top-secret meeting late Tuesday night. The Post noted that Pompeo is the highest level U.S. official to meet with a North Korean leader since then-secretary of state Madeline Albright met with Kim Jong Il in 2000.

According to unnamed officials with “direct knowledge of the trip,” the meeting allegedly took place on April 1, shortly after Trump nominated Pompeo to replace former secretary of state Rex Tillerson. According to Reuters, the visit was arranged by South Korean intelligence chief Suh Hoon with his North Korean counterpart, Kim Yong Chol. The aim of the meeting was to assess whether Kim was prepared to hold serious talks in the coming months as had been previously suggested.

Reuters also claimed that Pompeo, one of Trump’s most trusted advisors, returned to report that he believed it was worth continuing to pursue the possibility of the planned meeting in May or June of this year. This has reportedly helped fuel Trump’s belief that productive negotiations are possible with North Korea over its alleged nuclear programs but are still not necessarily guaranteed.

Coincidentally, Trump alluded to Pompeo’s milestone visit earlier on Tuesday, saying at Mar-a-Lago, where he was hosting Japanese Prime Minister Shinzo Abe, that the U.S. was engaging with North Korea “directly” at “extremely high levels.” When this appeared to be misconstrued as Trump talking to Kim directly, Trump clarified by saying “Let’s leave it a little bit short of the highest level.”

The news is reminiscent of recent history when it emerged that the Obama administration had secretly kept a dialogue open with Iran in 2013 despite fears of an unchecked nuclear program. These talks ultimately led to the formalization of the Joint Comprehensive Plan of Action (JCPOA) in 2015. Whether or not we can expect to see a similar framework being implemented with North Korea in the not-too-distant future remains to be seen. If the media is to be trusted, we are certainly headed that way, for better or for worse.