On 29 January 2018, the Commodity Futures Trading Commission (CFTC) Division of Enforcement together with the Criminal Division of the US Department of Justice and the FBI announced criminal and civil enforcement actions against 3 global investment banks and 5 traders for involvement in trade spoofing in precious metals futures contracts on the US-based Commodity Exchange (COMEX). COMEX is by far the largest and most active futures exchange in the world for trading precious metals futures including gold futures contracts and silver futures contracts.

The CFTC is bringing the charges under what it calls “commodities fraud and spoofing schemes“. Spoofing of orders is illegal under the US Commodity Exchange Act. The 3 banks in question are Deutsche Bank, UBS, and HSBC. As part of the CFTC’s prosecution, Deutsche Bank is being fined US$ 30 million, UBS US$ 15 million, and HSBC US$ 1.6 million.

The CFTC’s Order against the banks maintains that from at least February 2008 to at least September 2014, Deutsche Bank traders were involved in a scheme to manipulate precious metals futures prices by spoofing orders for those futures contracts, and also by extension that this spoofing triggered customer stop-loss orders.

Similarly, the CFTC Order says that UBS traders on the UBS precious metals spot trading desk were involved in spoofing orders in gold futures and silver futures contracts from January 2008 to at least December 2013, and likewise triggering customer stop-loss orders.

In the case of HSBC, the CFTC says that HSBC, through its New York office, spoofed orders in gold futures and other precious metals. However, the CFTC Order does not specify the period under which HSBC is accused of engaging in such spoofing. This may be because, according to the CFTC, HSBC cooperated during the CFTC’s investigation and offered to settle. But overall, the spoofing by one or more of the named banks was said to have run from January 2008 to at least September 2014.

As part of the process, the CFTC also announced civil enforcement actions against precious metals traders Andre Flotron formerly of UBS, and James Vorley and Cedric Chanu formerly of Deutsche Bank for what the CFTC describes as “spoofing and engaging in a manipulative and deceptive scheme in the precious metals futures market“.

According to the Department of Justice (DoJ) press release on the matter, Vorley (a UK citizen) and Chanu (a French citizen) are being charged in a criminal complaint in the Northern District of Illinois court with “conspiracy, wire fraud, commodities fraud, and spoofing offenses in connection with executing a scheme to defraud involving both solo and coordinated spoofing on the COMEX“. During that time, Vorley was based in London with Deutsche bank and Chanu was based in London and Singapore with Deutsche Bank.

Flotron is charged in an indictment in the District of Connecticut for “conspiracy to commit spoofing, wire fraud, and commodities fraud” during the time when he worked at UBS as a precious metals trader on the UBS trading desks in Zürich, Switzerland, and Stamford, Connecticut USA.

The DoJ statement also names Edward Bases and John Pacilio, and says that Bases and Pacilio are charged in a criminal complaint with “commodities fraud in connection with an alleged scheme to engage in both solo and coordinated spoofing on the COMEX“. Bases was at Deutsche Bank until June 2010 at which point he moved to a unit of Merrill Lynch. Pacilio worked for a unit of Merrill Lynch during 2010 and 2011 when some of his trade spoofing is alleged to have taken place.

Note that according to the DoJ “a complaint, information, or indictment is merely an allegation, and all defendants are presumed innocent until proven guilty beyond a reasonable doubt in a court of law“. 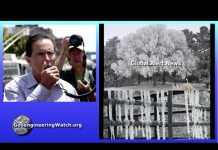 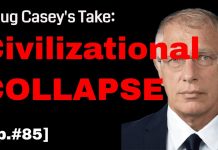