But maybe you didn’t know exactly why I said that. How could I be so mean to such a nice, old lady? Shouldn’t I pay my respects?

Well… here’s a quick (NSFW) rundown from an #Anon which explains why I said what I said:

So Barbara Bush was a moonchild and married to George Bush (George Scherff, Jr.) who himself was the adopted Nazi son of Prescott Bush, who was an avid supporter of Hitler and the Nazis.  George Scherff Sr., Bush’s real father, was Nikola Tesla’s assistant, as well as spy for Adolph Hitler.

Scherff Jr. would go on to help the CIA with the assassination of JFK.

And then, of course, he would become president and espouse the creation of the #NWO on TVs everywhere.

So, now, maybe you have some perspective as to why I said that.

And since you guys know I’m active on the boards, it shouldn’t surprise you that I then asked a question in response to Anon’s post above:

After all… it’s not like they have a slow timetable on these kinds of things. If this Spirit Cooking has been an ongoing practice, they probably try to conceive a #MoonChild a few times a year, every year, for the past… well… how old was Babs?

For (at least!) 92 years (but probably a loooot longer. Millennia, even).

Anons picked up what I was puttin’ down, and came back with some details to help this line of inquiry:

Did you catch it?

HOW IS THAT FOR A COINCIDENCE?

Of course, Legend and Teigen have popped up repeatedly in connection to Marina Abramovic, #SpiritCooking, and #Pizzagate. They’ve been to the notorious #StandardHotel many times – which I’ve covered on the old Facebook page (which no longer exists, thanks to Zuck) in the past (but which I may have to end up writing an article about here, on the site, for more archival purposes).

Most recently, Abramovic honored Legend as a visionary at the Elysium Gala in January of this year:

And Chrissy Teigen, in particular, has popped up MULTIPLE times in relation to independent Pizzagate investigations – notably, for her strange, suggestive Twitter posts (which she has since deleted):

OH AND LOOK, SHE TWEETED OUT A PICTURE OF HER DAUGHTER LUNA IN CONNECTION WITH PIZZA.

Luna, she… she doesn’t look that much like Legend, come to think of it.

Hmm, more on that in a bit.

But despite all these amazing coincidences, John and Chrissy want you to know that they’re really angry about all this inquiry and that they’re DEFINITELY not part of anything sinister: 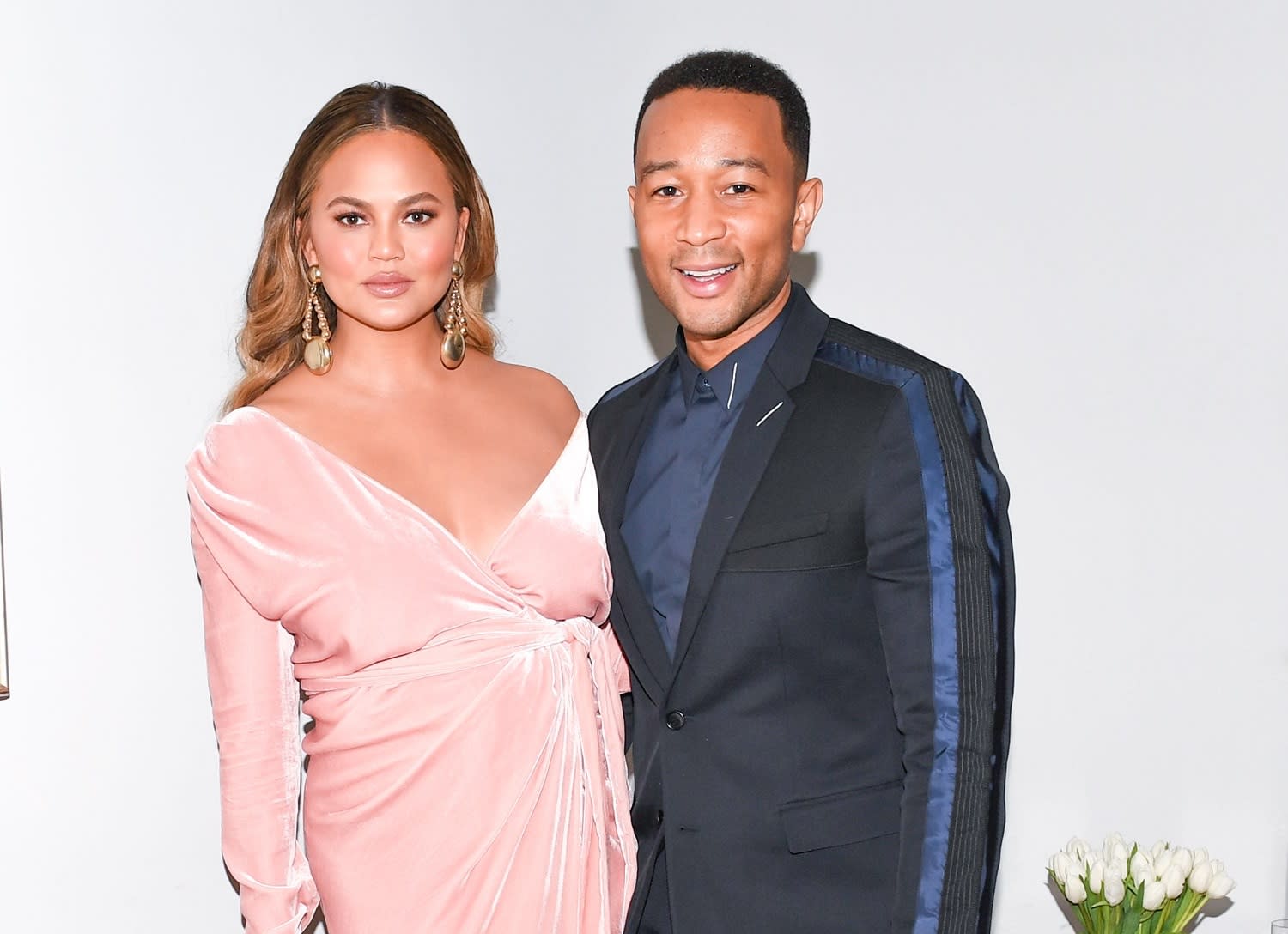 Chrissy and John are said to have taken legal action after the horrifying ‘Pizzagate’ claims.

But remember how I said Luna doesn’t exactly look like her dad?

Legend didn’t have to be present for that.

And it turns out… he probably wasn’t!

So did Chrissy Teigen participate in a #SpiritCooking ritual with John Podesta present, where she allowed herself to become impregnated, in order to conceive a new Moon Child?

And while John Legend may still be the father, at the very least, we know he wasn’t physically present for Luna’s conception, because he was away on tour.

And even if Luna is his child… that doesn’t preclude his semen from being used in Abramovic’s Spirit Cooking Ritual.

I’ll leave you with three more coincidences related to this Moon Witchcraft:

It’s also a total coincidence that the Standard Hotel has ceased all twitter operations and demanded Twitter engage in censorship: