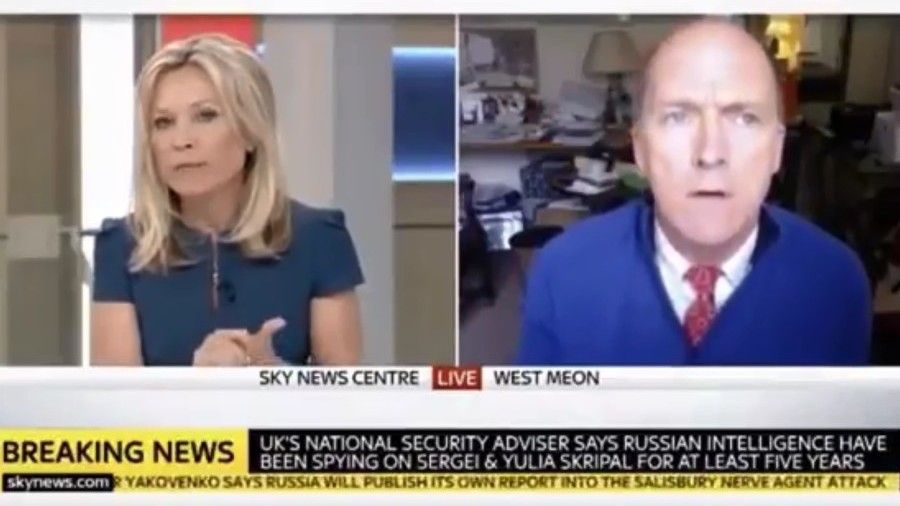 UK broadcaster Sky News cut short Major-General Jonathan Shaw, formerly one of the British Army’s most senior officers, in mid-sentence, as he cast doubt on London’s narrative on the alleged Syrian government gas attack in Douma.

News presenter Samantha Washington asked Shaw a narrowly-worded question, asking if Russian denials about the government’s responsibility would mean it’s necessary for any UK intervention in Syria to be approved by parliament.

But Shaw, who retired in 2012 to become a security expert, wanted to take the discussion back a step.

MUST WATCH: Former head of British Armed Forces gets cut off by Sky when he goes off-script on Syria! pic.twitter.com/zy7FRWbWQ5

Quite apart from all that, the debate that seems to be missing from this is… What possible motive could have triggered Syria to launch this chemical attack at this time in this place?” he asked.

“The Syrians are winning, don’t take my word for it, take the American military’s word for it,” Shaw said.

He then mentioned the words of Joseph Votel, the Commander of United States Central Command, who conceded last month that Bashar Assad “has won the war,” and US President Donald Trump, who recently announced the US’ intentions to pull its troops out of the conflict.

As Shaw continued his thought, saying: “… And then suddenly you get this,” he was interrupted by Washington, who interjected with “I am very sorry, you have been very patient for us, but we do need to leave it there,” before going to adverts.

Sky has not clarified whether it cut the interview, which only lasted for two minutes, due to editorial or time considerations. The Mirror reported sources within the Murdoch-owned company claiming that a”hard” ad break was scheduled.