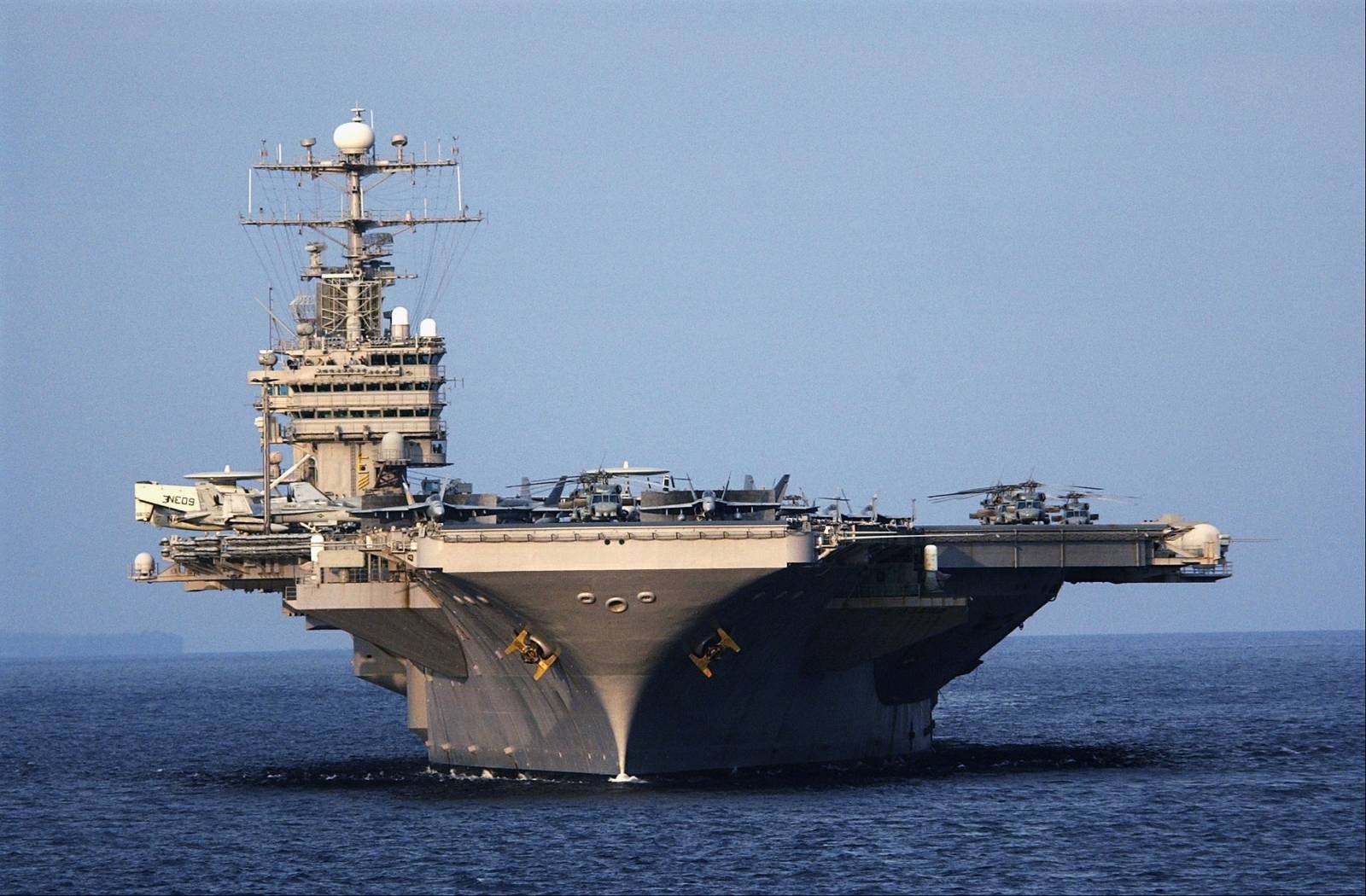 Times have changed and America can no longer project its military power like it did in Iraq. Those days are over.

For the past 500 years European nations—Portugal, the Netherlands, Spain, Britain, France and, briefly, Germany—were able to plunder much of the planet by projecting their naval power overseas. Since much of the world’s population lives along the coasts, and much of it trades over water, armed ships that arrived suddenly out of nowhere were able to put local populations at their mercy.

The armadas could plunder, impose tribute, punish the disobedient, and then use that plunder and tribute to build more ships, enlarging the scope of their naval empires. This allowed a small region with few natural resources and few native advantages beyond extreme orneriness and a wealth of communicable diseases to dominate the globe for half a millennium.

The ultimate inheritor of this naval imperial project is the United States, which, with the new addition of air power, and with its large aircraft carrier fleet and huge network of military bases throughout the planet, is supposedly able to impose Pax Americana on the entire world. Or, rather, was able to do so—during the brief period between the collapse of the USSR and the emergence of Russia and China as new global powers and their development of new anti-ship and antiaircraft technologies. But now this imperial project is at an end.

Prior to the Soviet collapse, the US military generally did not dare to directly threaten those countries to which the USSR had extended its protection. Nevertheless, by using its naval power to dominate the sea lanes that carried crude oil, and by insisting that oil be traded in US dollars, it was able to live beyond its means by issuing dollar-denominated debt instruments and forcing countries around the world to invest in them. It imported whatever it wanted using borrowed money while exporting inflation, expropriating the savings of people across the world. In the process, the US has accumulated absolutely stunning levels of national debt—beyond anything seen before in either absolute or relative terms. When this debt bomb finally explodes, it will spread economic devastation far beyond US borders. And it will explode, once the petrodollar wealth pump, imposed on the world through American naval and air superiority, stops working.

New missile technology has made a naval empire cheap to defeat. Previously, to fight a naval battle, one had to have ships that outmatched those of the enemy in their speed and artillery power. The Spanish Armada was sunk by the British armada. More recently, this meant that only those countries whose industrial might matched that of the United States could ever dream of opposing it militarily. But this has now changed: Russia’s new missiles can be launched from thousands of kilometers away, are unstoppable, and it takes just one to sink a destroyer and just two to sink an aircraft carrier. The American armada can now be sunk without having an armada of one’s own. The relative sizes of American and Russian economies or defense budgets are irrelevant: the Russians can build more hypersonic missiles much more quickly and cheaply than the Americans would be able to build more aircraft carriers.

Equally significant is the development of new Russian air defense capabilities: the S-300 and S-400 systems, which can essentially seal off a country’s airspace. Wherever these systems are deployed, such as in Syria, US forces are now forced to stay out of their range. With its naval and air superiority rapidly evaporating, all that the US can fall back on militarily is the use of large expeditionary forces—an option that is politically unpalatable and has proven to be ineffective in Iraq and Afghanistan. There is also the nuclear option, and while its nuclear arsenal is not likely to be neutralized any time soon, nuclear weapons are only useful as deterrents. Their special value is in preventing wars from escalating beyond a certain point, but that point lies beyond the elimination of their global naval and air dominance. Nuclear weapons are much worse than useless in augmenting one’s aggressive behavior against a nuclear-armed opponent; invariably, it would be a suicidal move. What the US now faces is essentially a financial problem of unrepayable debt and a failing wealth pump, and it should be a stunningly obvious point that setting off nuclear explosions anywhere in the world would not fix the problems of an empire that is going broke.

Events that signal vast, epochal changes in the world often appear minor when viewed in isolation. Julius Caesar’s crossing of the Rubicon was just one river crossing; Soviet and American troops meeting and fraternizing at the Elbe was, relatively speaking, a minor event—nowhere near the scale of the siege of Leningrad, the battle of Stalingrad or the fall of Berlin. Yet they signaled a tectonic shift in the historical landscape. And perhaps we have just witnessed something similar with the recent pathetically tiny Battle of East Gouta in Syria, where the US used a make-believe chemical weapons incident as a pretense to launch an equally make-believe attack on some airfields and buildings in Syria. The US foreign policy establishment wanted to show that it still matters and has a role to play, but what really happened was that US naval and air power were demonstrated to be almost entirely beside the point.

Of course, all of this is terrible news to the US military and foreign policy establishments, as well as to the many US Congressmen in whose districts military contractors operate or military bases are situated. Obviously, this is also bad news for the defense contractors, for personnel at the military bases, and for many others as well. It is also simply awful news economically, since defense spending is about the only effective means of economic stimulus of which the US government is politically capable. Obama’s “shovel-ready jobs,” if you recall, did nothing to forestall the dramatic slide in the labor participation rate, which is a euphemism for the inverse of the real unemployment rate. There is also the wonderful plan to throw lots of money at Elon Musk’s SpaceX (while continuing to buy vitally important rocket engines from the Russians—who are currently discussing blocking their export to the US in retaliation for more US sanctions). In short, take away the defense stimulus, and the US economy will make a loud popping sound followed by a gradually diminishing hissing noise.