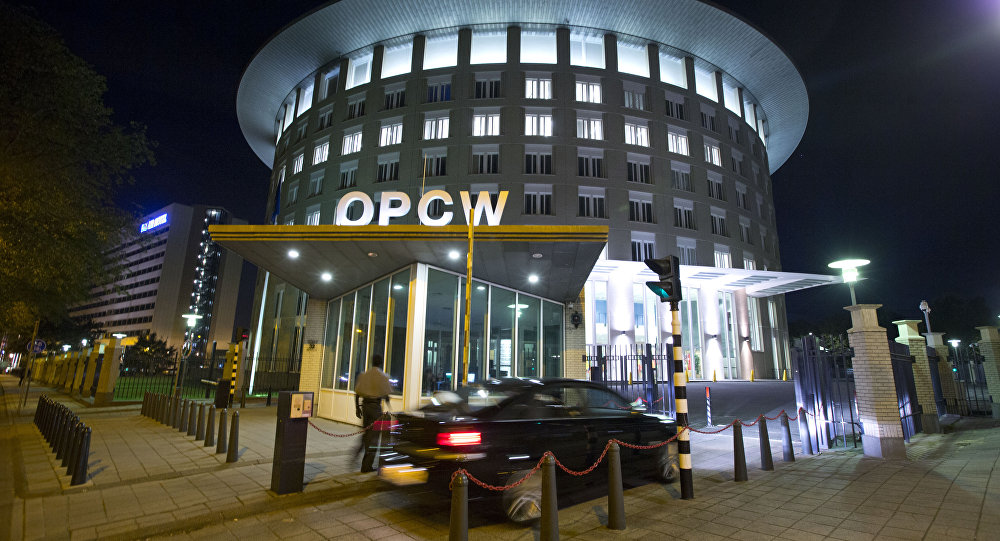 The Russian envoy to the OPCW hasn’t ruled out the possibility that the Syrian boy won’t be allowed to speak.

Russia’s Permanent Representative to the Organization for the Prohibition of Chemical Weapons (OPCW), Alexander Shulgin, said in an interview with a Russian TV channel that he wants the Syrian boy who was shown in the footage of the White Helmets, allegedly in the aftermath of a government-launched chemical weapons attack, to testify to the OPCW.

At some point, I told my Western colleagues: we will probably talk to you differently, since you do not understand what we are making, we will bring real witnesses here, to The Hague, who will confirm to you that this [the alleged Douma chemical attack] was staged. I will do everything possible to make that boy come here,” he told NTV.

At the same time, Shulgin did not rule out that the child would not be allowed to speak. “Anything is possible, they do not want to listen to anything. They attempt to skate around every issue; all the destruction and chaos,” the diplomat added.
Hasan Diab is a Syrian boy who has been documented in a video by the White Helmets, a foreign-sponsored NGO, about the alleged chemical weapons attack in Douma.

Earlier, Diab told the Russian TV channel Rossiya 24 about the details of the White Helmets’ footage. The boy said that he was in a basement in Douma with his mother when someone shouted to go to the hospital. When they came, somebody grabbed him, poured water on him and put him on a bed with other people in order to shoot a video.