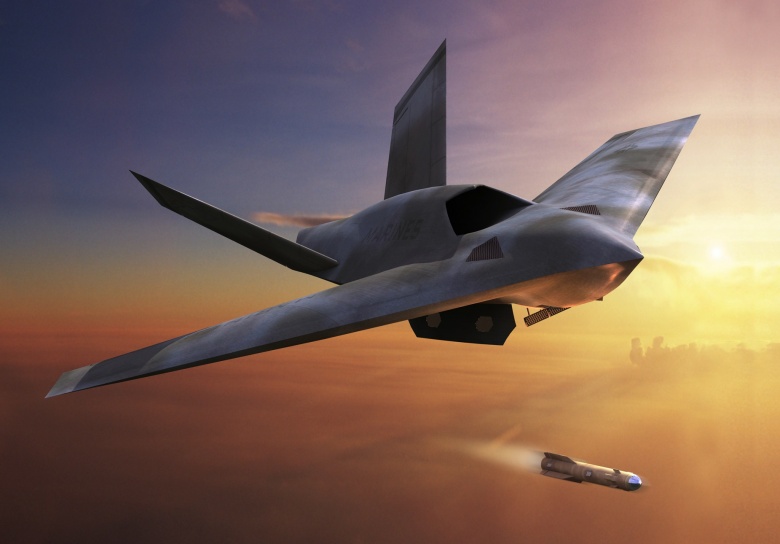 DARPA is no longer satisfied with merely deploying drones to the battlefield. It wants swarms of unmanned aircraft and ground-borne robots that can work together to isolate an urban objective, according to an article on TechCrunch.

The military research agency has announced the second “sprint” of its OFFensive Swarm-Enabled Tactics (OFFSET) program. Sprints are periods in a program when DARPA announces a main theme and asks for related solicitations or prototypes in the hopes of getting faster technological breakthroughs.

Whereas the first sprint focused on swarm tactics, this sprint’s theme is swarm autonomy. DARPA is fishing around for concepts that can allow drones to talk with each other and work as as a well-oiled team of lean, mean, killing machines with little in the way of human supervision. (Related: Leaked DARPA Robot. Can You H.A.N.D.L.E. the Truth?)

These ideas could be built around more capable sensors, smarter software, or more efficient propeller blades. If it allows 50 individual drones to function as a coordinated swarm that can secure an area around the size of a couple of city blocks within 30 minutes, it’s in.

Drone swarms will coordinate themselves with no humans in the loop
According to OFFSET program manager Timothy Chung, the drone swarm will be responsible for setting up a safety bubble around the target area. He likens it to how a fire-fighting crew creates a safe perimeter around an ongoing fire in order to give themselves elbow room to fight the conflagration while also making sure everyone else stays outside the danger zone.

DARPA wants suggestions about the best size for that perimeter, how drone teams can enforce those boundaries, and the ability of drones to adapt to sudden changes in the situation. Furthermore, the technology must be applicable in “complex urban environments” such as high rise buildings, industrial and commercial areas, or sprawling residential areas.

To achieve that end, integrators Raytheon and Northrop Grumman will provide the drones platforms. Meanwhile, the companies and research groups tapped for the prints will look for ways to enhance the capabilities of those robots, be it in tactics or tech.

“Sprinters will develop approaches (the tactics) to achieve the desired capabilities within the integrator-developed hardware and software architectures,” explained Chung. He adds that sprinters can also ask for extra parts or drone types if those could benefit the swarm’s operations.

The current sprint will be followed by three more: Human-Swarm Teaming, Virtual Environments, and Physical Testbed.

In the future, a handful of soldiers will control hundreds of drones
The ultimate goal of DARPA’s OFFSET program is to place the ability to control swarms of hundreds of unmanned aircraft and ground drones in the hands of groups of soldiers on the ground. The drones can check out the city, map out the intended area of operations, identify potential hostiles, and protect against any attacks.

Soldiers will keep track of hundreds of drones through a human-swarm interface that uses both augmented reality and virtual reality. They will be able to control any or all of the drones using voice commands, gestures, and touch screens.