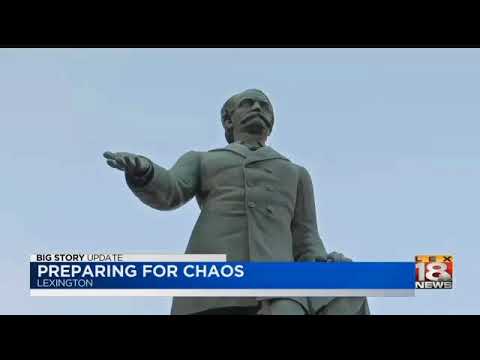 Many people view the possibility of economic/societal disruption and collapse as science fiction, suitable as entertainment in dystopian novels or movies. I view it as actual science, not fiction and am preparing for the ensuing chaos and necessities to get past it. Well-proven theories in the areas of nonlinear systems and economics can help us partially understand what can happen, how we can prepare and respond, and even what is not possible to predict.

My first section on “theory” is quite abstract. It looks at some of the basic principles of chaos theory to describe the mechanisms of economic/societal collapse. It also looks at the laws of supply and demand to understand the likely failure of normal supply chains for goods and services. The other two major sections are very practical, almost boring, advice on creating your own supply chain for food supply to your farm animals, and ultimately, you.

Section I – Theory
I would like to discuss two theories– chaos theory and the laws of supply and demand.

Example of Water Flowing Through a Hose
Water flowing through a hose is completely predictable using newtonian physics at low flow rates. The water comes out in a smooth predictable tube the same shape as the hose. When the “gradient” of pressure driving force exceeds a certain threshold, the flow becomes turbulent and starts to spray in many different directions. Turbulence is a chaotic phenomenon that makes it impossible to predict where any specific water molecule will go.

Examples of Earthquakes, Avalanches, and Hurricanes
Earthquakes, avalanches, and hurricanes are also chaotic phenomena. Large gradients in tectonic forces, potential energy in the form of snow buildup and temperature gradients are the underlying driving forces. The initial conditions are never known well enough to predict exactly when and where the energy release will manifest itself. Some subterranean rock slippage triggers an earthquake. A snowshoe rabbit starts a small amount of snow rolling downhill which “snowballs” into a devastating avalanche. A butterfly flapping its wings off the west coast of Africa starts a swirl of air which eventually builds into a CAT 5 hurricane.

Economies- Large-scale Chaotic Dynamical Systems
Economies are large-scale chaotic dynamical systems. Capital “flows” from one sector to the next, driven by the search for profit and gradients in supply and demand. “Free” stimulus money provided by money creation monopolies (Central Banks) increases these capital flows. Leveraged bets with large interdependencies between financial institutions create a domino situation, where an individual failure has the potential to bring down an entire system.

Imbalances in debt vs. the ability to repay the debt will eventually lead some kind of reset, most likely in the purchasing power of the currency. This type of currency reset is not something limited to the Venezuelas and Zimbabwes of the world. France changed from the old Franc to the new Franc in 1960 by deleting two zeroes from their currency. Italian Lira was legendary for requiring millions for simple purchases. Germany under the Weimar Republic is the standard case study for hyperinflation. It is just a mathematical reality that as the amount of currency (and debt) increases toward infinity, the value of a unit of currency approaches zero. Stock and currency values are driven more by psychology and less by underlying value. Some triggering event will eventually start the psychological avalanche and the collapse will be sudden (IMHO).

Difference Between Triggering Event and Underlying Forces
It is important to recognize the difference between triggering events and underlying forces. In layman’s parlance, this triggering mechanism can be called “the butterfly effect”, a “black swan”, or “the straw that broke the camel’s back”. The small rock slippage is not really what caused the earthquake; the snowshoe rabbit hopping across the mountain slope is not to blame for the avalanche; and eliminating all butterflies from the planet will not stop hurricanes. These are merely the triggers that release the built-up forces. Likewise, a singular event, country leader, or law may trigger the inevitable collapse, but the cause is very simply our inability, as individuals and as a nation, to live within our means.