A Pakistani man decided he wanted to make a big splash at his wedding, so he took pimping to the next level. He wore a gold suit complete with gold shoes and a gold tie.

Hafiz Salman Shahid showed up at his wedding reception wearing a gold suit encrusted with jewels and a gold tie embellished with gold crystals. He capped off the outfit with shoes made out of 320 grams of gold. According to one report I read, the tie contained about 100 grams of gold.

I always wanted to wear gold shoes. People wear it around their neck or as a crown. I wanted to tell people that wealth is like the dirt on your feet, it should stay there,” Shahid told a local news channel.

I have no idea what this means.

Wealth is like dirt on your feet? That’s just a really strange analogy. First off, dirty feet are gross. I can’t make the jump in my head from stinky toe-jam to wealth. And I really don’t want to keep my wealth on my feet. I’ll stick with the more traditional vault. But thanks.

Seriously, I just can’t figure it out, and it’s kind of bothering me. Was he saying that wealth is bad? Is that why it should stay on our feet? That wouldn’t really make sense coming out of the mouth of a guy wearing a gold suit. Maybe it’s a cultural reference I’m not getting. Or maybe Shahid just had a little too much champagne at the reception.

Anyway, it seems mommy and daddy paid for the outfit. According to one report, Shahid is the only brother of seven sisters. “Apparently, his parents wanted to fulfill all their wishes on their only son.”

I guess it kind of figures that a guy who equates wealth with his feet wouldn’t have the money to pay for a gold suit himself. Yes. I’m still cyphering on that analogy.

So, here’s my bigger question: how does a dude with seven sisters know so little about women? Because I guarantee you, Shahid has a big problem on his hands. He almost certainly upstaged his bride. I don’t claim to understand a lot about women, but I do understand this: no woman wants to be upstaged at her own wedding.

Now, maybe I’m wrong, but I doubt the bride was wearing anything that could compete with Shahid’s gold getup. I even have a little circumstantial evidence for this assumption. There are pictures of Shahid splattered all over the internet. I haven’t seen any photos of his lovely bride. Notta one.

It’s a shame really. I’m going to guess she’s going to hold this against him forever. I can only imagine what would have happened if I had done that to my wife on our wedding day. Those shoes would have turned up missing. “Gee honey; I don’t know where your gold shoes are. Where did you leave them?” But she’d know exactly where they were. Ron and John’s Pawn. That’s where.

Nevertheless, I wish Shahid good luck in his marriage. He’s going to need it. But if nothing else, he did get his 15 minutes of fame. 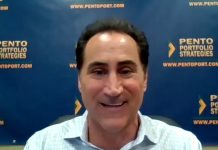