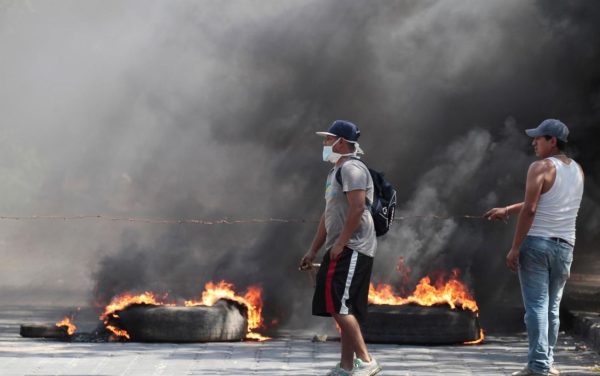 At least 10 people have died in Nicaragua during this week’s violent protests over the government’s planned changes to the social security system. Nicaraguans began protesting on Wednesday against measures that increase worker contributions and lower pensions. The economics of Marxism has completely failed and the decline in the birthrates spells doom for most pension models.

This has been a direct confrontation with Ortega, a former Marxist guerrilla who has had to face the reality of Marxism as did Russia and China. Protestors in Managua threw rocks and set fires in unrest that started Wednesday, and police responded with tear gas and rubber bullets. Late on Saturday, local media stated that a reporter was shot and killed during a live broadcast from Bluefields, a town on Nicaragua’s Caribbean coast that has been hit by the violence.

This is the CIVIL UNREST that will rise up around the West as socialism continues to collapse. The taxes must rise and the benefits must decline and even that will not keep the social systems in place for more than two years. We will have to face a complete revision of the monetary system. How that is approached will determine if we have violent confrontations with government and the rich are dragged from their homes and hanged as has so often taken place in the past.