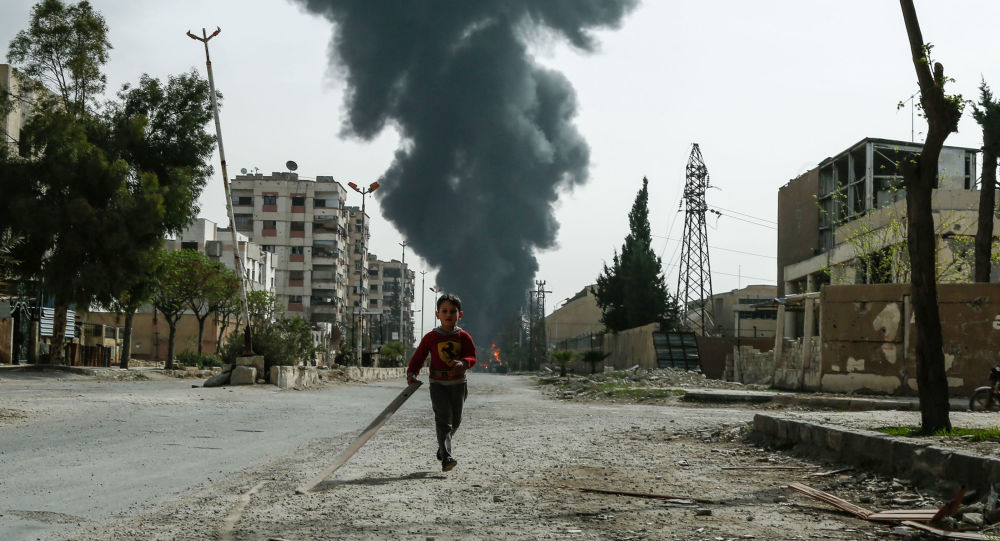 After news of the alleged chemical attack in Syria appeared on April 8, many Western countries were not only quick to slam the incident, but also to accuse Bashar Assad of being behind it, even though the OPCW hasn’t even begun an investigation into the incident. A year after the Khan Sheikhoun incident, the story seems to be repeating itself.

Hours after the Russian Foreign Ministry issued a warning about upcoming provocations with the use of chemical weapons, reports from various NGOs, such us the infamous “White Helmets,” who are suspected of ties with terrorist groups, started to surface of the alleged use of chemical weapons in Syria’s Douma. Some NATO countries were quick to level a barrage of accusations against Damascus before any proper investigation has even been launched.

US President Trump’s reaction has been one of the harshest so far, calling Bashar Assad an “animal” and blaming Russia and Iran for supporting him. Moreover, he was quick to promise a “big price to pay” for the incident. White House Homeland Security and Counterterrorism Adviser Thomas Bossert may have given a hint as to this “price,” saying that he wouldn’t “take anything off the table” with regard to Syria. Considering the last time such ungrounded accusations were sounded from the White House, air strikes were also not taken off the table.

The UK went along with Washington’s sentiment. Although they were grounded enough to suggest that a thorough investigation must be conducted first, it doesn’t seem that they really need one, as the British foreign secretary noted that should the attack be confirmed, it will show the Syrian government’s “brutality.” The EU’s stance was considerably harsher and not allowing for any options other than Syrian President Bashar Assad being behind the attack, failing to give any details as to evidence establishing that.

The Turkish Foreign Ministry’s statement didn’t the same level of confidence in whom to blame, although it did express a “strong suspicion” that Damascus carried out the chemical attack. Still, it urged for an official investigation to be conducted into the incident. Their French colleagues followed suit and suggested gathering the UN Security Council to investigate the matter, but at the same time were not as quick to draw conclusions as its allies were.

Nine members of the Security Council have requested a special meeting to discuss the alleged use of chemical weapons in Douma.

Damascus met the accusations with harsh criticism, denying all the allegations, calling them an excuse “to prolong the life of terrorists in Douma.” It also reminded that Syria is waging a war on terrorism, while certain countries support the terrorists. Iran backed the message from Damascus, with foreign ministry spokesman Bahram Qasemi slamming it as an excuse to use military action against the Syrian government.

Moscow is adamant in its position that a provocation involving chemical weapons has taken place in Syria’s Douma perpetrated by terrorists against civilians to shift the blame on Damascus. The end goal of these actions, according to the Russian Defense Ministry, is to find an excuse for military intervention against the Syrian government. It also warned against such action, as it might lead to “severe consequences” as Russian servicemen are currently present in the country, deployed at the request of the official government.

80 people were killed and 200 more injured in the Khan Sheikhoun incident on April 4, 2017, when a Sarin chemical weapon was used in Syria’s Idlib province. Before an official OPCW investigation was concluded, the US unilaterally decided to conduct a missile strike on Syria’s Shairat airbase on April 7, claiming it was in response to Damascus alleged use of sarin against the civilian population. The Syrian government rejected all allegations and slammed the US for the attack.