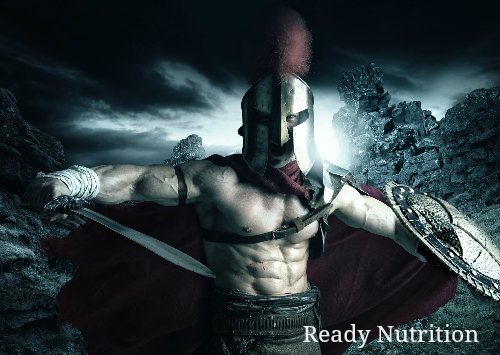 Alright, we have done a couple of articles on “Knowing Yourself,” and “Knowing Your Enemy.” Now that everyone knows one another, let’s take it to another level. As a single individual, as a family member, or operating in a group, after it hits the fan, you will have to fight eventually. You will not be able to avoid it and hunker down until the cavalry comes, because it will be in your neighborhood and the cavalry isn’t coming to your rescue.

We’ve discussed “Fabian Tactics” in previous articles. These were based on the exploits of Quintus Fabius Maximus in the First Punic War between Carthage and Rome. “Hit and Run” tactics exemplify their description: strike a numerically superior larger force at a time and place of your choosing, and then break contact. Fade back into the forest, hide, and avoid further combat until the next engagement of your choice.

Lessons from the Roman Army for Post-SHTF Combat Operations
Let’s “fix” ‘em: set the enemy up and zap ‘em! Let’s do a few things that the Romans were famous for…using these techniques here and now.

Choose the Ground: Yes, you choose the place you will engage them. Along with this, you pick the time of day, the formation of the attack, the objective, and the criteria for withdrawal. You choose it. As an individual, you would be sniping. As a group (depending on your numbers and composition), you can engage in operations limited by your size. Choosing the ground means also to actively recon the enemy and not allow him to choose it and catch you unawares.

Prep the Ground: The Roman Army were masters of this task. They scouted the area and with thorough intel, they knew where their enemies were, actions these people planned on taking, and avenues of approach. They cut timber and created obstacles of logs interlaced with natural “barbed wire” in the form of thorns and thistles…along with spikes and stakes, to limit enemy cavalry. Long before William Wallace of “Braveheart” was ever a thought, the Roman legions spread out hay soaked with pitch and oil in areas where enemy foot soldiers would move, and applied flaming arrows when the time was right. They always took the high ground when possible, and used the natural terrain features (cliffs, rivers, etc.) to form boundaries to help them channel the enemy.

Always Fight with the Sun at your Back: The Romans positioned themselves and attacked to place the sun in the eyes of their enemies. I know, I know: the enemy has “Ray-Bans,” right? No, it worked for the Viet Cong as well. When they’re looking into the sun, they’re at a severe disadvantage. Use the sun. Use the terrain. Live with the land and live.

“SPECVLATORES”– the Speculatores…the deep-cover operatives…the Special Forces and Reconnaissance warriors of the Roman Empire. You need operatives in your “unit” with the ability to do “deep penetration” of an enemy’s defenses…whether in their midst unsuspectingly or observing them from a nearby locale…operating on their own ground unbeknownst to them. You need one or two people who can get the job done…and provide you with the deep-cover intel you’ll need to make decisions.

Alliances – “The enemy of my enemy is my friend.” Not always so, but you can use such rifts to your advantage…with other groups who your enemy is at odds with. Here is where diplomacy, teamwork, and political acumen/savvy comes into play. These “non-combat” skills are just as important to “fixing” your enemy as any of the actual missions you will undertake to defeat him. Be skilled at making alliances, and do not make them just for the sake of socializing. It is an art that we will cover more in-depth in future pieces.

Feed Them Disinformation: Yes, the Romans were very adept at sending messages or planting information that was false. This regarded their strengths, their movements, supplies, and reinforcements. Sun Tzu was not the only one with a knowledge of how to monopolize disinformation, and he wasn’t the first to employ it.

Lure Them and “Stake” ‘Em – the Roman Army would plant different things out in front of an approaching enemy force in order to delay and distract them…making them ripe for an attack or ambush. You can do the same, and make it fall “in line” with the enemy you’ll be facing. Quick question: How many of you have Russian or Chinese canned delicacies, such as Borscht or caviar for the former, or imported Chinese canned foods and fineries for the latter? Because you may be able to use it to lure such if they ever come to this country…and set a trap on or in it, or place shooters in an overwatch position overlooking it. Because you may need prisoners, and what better way to lure them in than with a carton of their own cigarettes, their own liquor that they would think to be safe? Be advised: SAVE YOUR RECEIPTS FROM THE STORE YOU BOUGHT IT! This is because in the times to come if anyone ever suspects you of collaborating with them…you can show the receipts that you bought it all long before the conflict began, and give them an explanation of why you bought it all. This may keep you from being shot by your own countrymen.