by Darren Hunt, The Express: 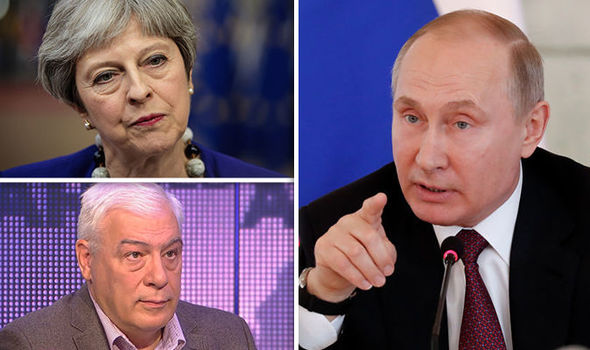 A FORMER Russian general has warned the fallout from the Salisbury attack could lead to the “last war in the history of mankind” in a terrifying threat to Britain.

The fallout from the Salisbury attack could become “worse” than the cold war, retired Russia general Evgeny Buzhinsky has claimed.

More than 100 Russian diplomats have been expelled form western countries from across the globe in response the UK accusing Russia for being responsible for a military grade nerve-agent attack on Sergei Skripal and his daughter.

Speaking on the Today programme, Mr Buzhinsky warned how the reaction from Russia over the expelled diplomats could lead to the “last war in the history of mankind”, ramping up World War 3 fears.

He said: “It is a cold war. It’s worse than the cold war because if the situation will develop in the way it is now I am afraid it will end up in a very very bad outcome.”

When pressed by host Nick Robinson over what he meant by “worse than a cold war”, the ex-Russian Lieutenant-general warned the crisis could develop into a “real war”.
He said: “Worse than a cold war is a real war. It will be the last war in the history of the mankind.

“Not the Salisbury poisoning but all the actions.

“You are going to achieve the regime change, it’s useless. You don’t know Russians.