Having met with his Israeli counterpart, Defense Minister Avigdor Lieberman, US Secretary of Defense James Mattis warns he sees an Israeli war with Iran as “very likely.” He cited Iran’s presence in Syria as the likely cause of such a fight.

Lieberman has long advocated war with Iran, and talked up confrontation in visits with Mattis and John Bolton. He said Israel would attack any Iranian foothold in Syria “regardless of the price.”

Israeli officials have long overstated Iran’s presence in Syria. Ambassador Danon today claimed Iran had over 80,000 fighters in Syria. This is false, and the number is simply the number of Shi’ite militias in all of Syria, with the assumption that they would all be loyal to Iran.

Mattis added that “we hope Iran would pull back” rather than risk Israeli attacks. Israel has repeatedly attacked Syria over the past several months. Israeli officials claim those strikes are all on “Iranian bases,” though those bases are formally just Syrian military bases. 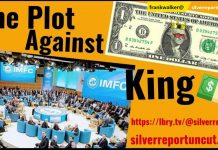