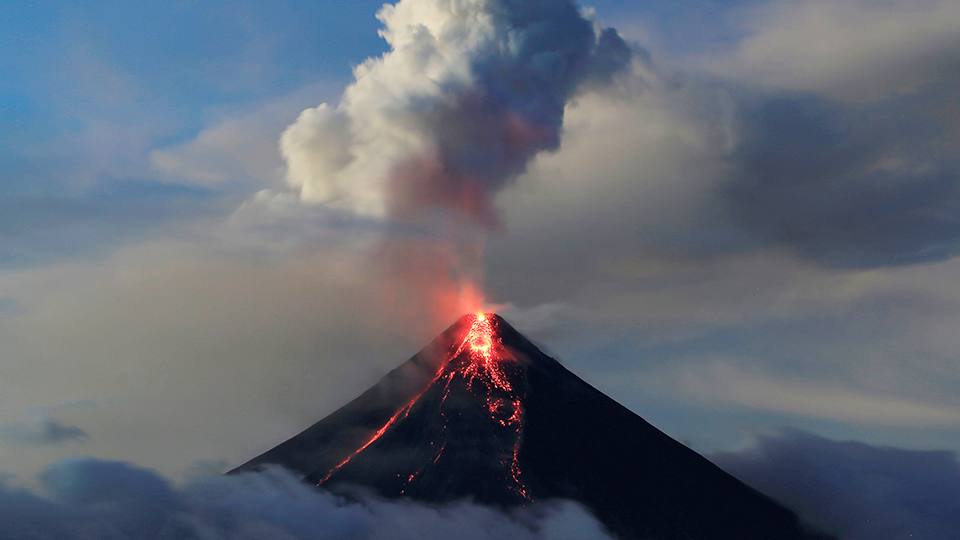 BANGKOK/JAKARTA — When Bali’s Mount Agung started rumbling last September, authorities on the Indonesian resort island — mindful of the destruction the 3,000-meter volcano had caused in 1963 — began warning residents to evacuate. Tremors of varying intensity continued until Nov. 21, when it finally began to erupt, forcing as many as 140,000 people to seek refuge. More than four months later, it still hasn’t stopped.

On Jan. 23, Mount Kusatsu-Shirane, about 150km northwest of Tokyo, astounded the Japan Meteorological Agency when it suddenly erupted 2km from one of 50 areas around the country kept under constant video surveillance. Falling debris killed a member of the Ground Self-Defense Force who was skiing nearby and injured five others.

At much the same time, Mount Mayon in the Philippines began spewing ash and lava, displacing more than 56,000 people.

Then, in mid-February, Mount Sinabung in Sumatra, Indonesia, blew spectacularly, sending billowing pillars of steam and superheated ash over 7km into the air. People fled, and schoolchildren ran home wailing.

Sinabung’s eruption was followed in late February by a magnitude-7.5 earthquake in Papua New Guinea, its worst in a century. Earlier in the month, a magnitude-6.4 quake rocked Taiwan’s Hualien County, tilting buildings and killing 17. 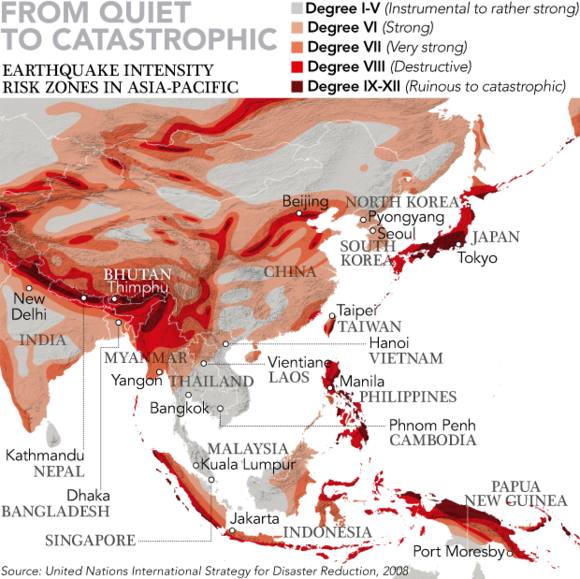 Such seismic restiveness in Japan, the Philippines and Indonesia is a fact of life along the “ring of fire,” the horseshoe-shaped belt in the Pacific Ocean that is home to about three-quarters of the world’s most active volcanoes. Yet after what some experts call a relatively subdued 20th century for seismic activity, the 21st has seen an uptick in “great” earthquakes. And the first 18 years of this century has seen about 25 significant volcano eruptions globally, compared with some 65 in the entire 20th century.

Whether or not seismic activity is kicking into higher gear, it has already taken a heavy toll in Asia this century, producing deadly earthquakes in Indonesia in 2004 and Japan in 2011, among other countries. This has taken place against a backdrop of rapid population and economic growth in Southeast Asia, where some countries have been slow to confront the threat of natural disasters. (See Asia seeks to improve its record on disaster preparedness)

Professor Yoshiyuki Tatsumi of the Kobe Ocean-Bottom Exploration Center at Kobe University says the recent volcanic activity in Asia is “just the ring of fire being as it has always been in history.” The key, he told the Nikkei Asian Review, is to ensure that governments and scientists are prepared for eruptions before the signs are visible. “We have to be aware that we are living in a region where volcanic activity is almost always there.”

The recent surprise eruption in Japan is a salutary reminder of the unpredictability of these events. “We are now retrospectively investigating whether our sensors were picking up slight signs,” said professor Yasuo Ogawa from the Volcanic Fluid Research Center of the Tokyo Institute of Technology. “But the fact is that we were not able to predict it in advance this time.”

The challenge is great in Indonesia, home to 127 volcanoes — more than half of which must be continuously monitored for activity. “The truth is that the chain of volcanoes in the Sunda Islands of Indonesia, from Sumatra through Java and Bali to Timor, constitutes the most dangerous of the world’s tectonic interfaces,” professor Anthony Reid wrote in October on New Mandala, an Australian National University website.

Reid noted that Indonesia had a mild 20th century in seismic terms, and warned that things might be changing. “The 21st century has in its first decade already far exceeded the number of casualties from … the whole 20th century” in Indonesia, he said.

The massive death toll largely comes down to one event. Triggered by a magnitude-9.2 earthquake off northern Sumatra, the third-largest in history, the Indian Ocean tsunami of 2004 was the most deadly ever recorded. Affecting 14 countries surrounding the Indian Ocean, it killed almost 240,000 people, over 70% of them in Indonesia’s Aceh Province.