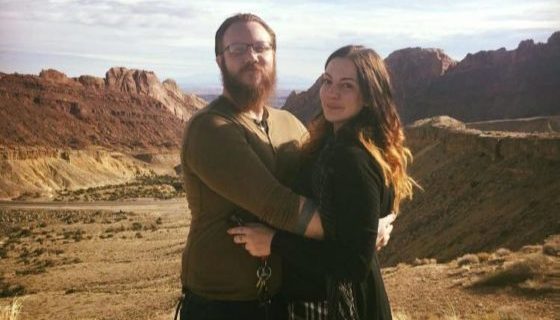 It is no longer a conspiracy theory, but a fact that people are being specifically targeted for their participation in what some call “prepping” and others dub survivalism. A couple from California had their home raided and were held without charges for making non-violent posts on Facebook about survival techniques and thought-provoking discussions.

We were able to sit down and chat with Sarah Leach about why the government felt it necessary to raid the home she shared with her husband over what amounted to thought-provoking Facebook posts. Although Leach admitted she wasn’t certain which particular Facebook post lead to the SWAT teams seizing all of their handguns and AR-15s, she was sure nothing she had posted was violent. Leach said her posts were meant to provoke thought, and hold those accountable who have committed crimes or human rights violations.

“They are trying to create “threats” our of posts that are meant to elicit thought and discussion. If I ever posted something that has been perceived as a credible threat of violence, it has been perceived as such erroneously. I have zero history of violent behavior. I have not threatened anyone, rather I have stated that police must be held accountable, as well as federal agents, for the multitude of crimes committed against citizenry, from massive tragedies like the Waco massacre or small incidents like traffic citations made via racial profiling. We [Leach and her husband Andy Leach] have called for these individuals to be held accountable, not just by civilians, but by their own government.”

Leach was also able to get her story out to The Free Thought Project. The Leaches are the owners of a tactical supply company. Leach and her husband were violently arrested and then detained for hours with no explanation while their home was raided by a SWAT Team and their assets were seized. But it gets worse.

The couple was detained for over 13 hours without charges before they were told the reason for their arrest. The subject that surfaced immediately were some high capacity pistol magazines the state patrol had seized then returned the year before, but that didn’t seem to be the crux of the incident.

The Free Thought Project detailed the events which led up to the detainment of the Leaches. Leach said the ordeal began when she and her husband were running errands one morning. After they parked at a strip mall and got out of their car, a patrol car from the Riverside County Sheriff’s Department pulled up and blocked their path. Two deputies got out and informed the couple that one of the taillights on their car was out.

“We attempted to thank them and proceed, but were blocked from movement,” Sarah Leach said. “It was at that point I noticed a few others sheriff’s vehicles had arrived, including undercover vehicles. I realized this was not a traffic stop when I saw police agents in blue jeans with AR-15s surrounding the area. I began to record on my phone and inquire as to whether I was being charged, detained, or was free to go. They violently cuffed me, threw my phone on the hood of the car, and shoved me in the back of an un-air-conditioned police vehicle for about one hour until their supervisor arrived to begin questioning me about aforementioned magazines.”

Once Leach and her husband actually began to undergo interrogation, she said it was highly disturbing the amount of information already obtained from her social media account. Leach told us specifically:

“More disturbing were the stacks of printed pages from my social media accounts, particularly those things which criticize police and government overreach, police violence, my personal ideologies regarding self-governance and the inalienable rights we are afforded as human beings, and even memes and jokes they found, as parts of evidence to request a search warrant, including posts of a very subjective and ironic nature.