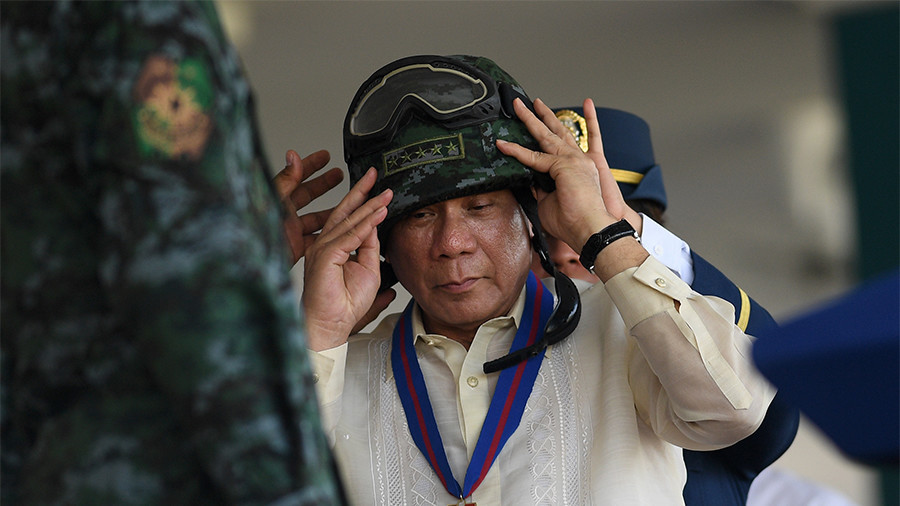 Philippines President Rodrigo Duterte isn’t ruling out that the US might be very annoyed and consider his decision to procure weapons from China and Russia a threat, after Washington refused to supply Manila with arms.

The Philippines has been seeking modern weapons and small arms to step up combat against ISIS-linked Islamists, ever since Duterte assumed office in June 2016. However, Washington’s refusal to sell assault rifles, over concerns about the country’s human rights record amid the ongoing war on drugs, has forced Duterte to seek new suppliers. Manila, which has long depended on the US for weapons, turned to China and Russia to fill the gap.

“The fact is, the Americans really do not honor their word,” Rodrigo Duterte said on Thursday, explaining his decision to look for alternative partners. Beijing and Moscow answered the call, even agreeing to provide some of the weapons for free, the Philippines leader told a group of farmers and fishermen gathered at a presidential palace reception

So I went to China… to ask [Chinese President Xi Jinping] to help us: ‘I need arms,’” Duterte said during his long speech. “Xi Jinping said, ‘No problem. Do not pay me, it’s all yours.’”

“So I went to Russia… ‘I came here to ask for your help! It’s okay, I’ll give it to you, free,’” Duterte paraphrased President Vladimir Putin’s alleged response during their meeting last year.

Following Duterte’s visit to Moscow in May of last year, Russia indeed dispatched a modest weapons shipment to the Asian nation. In October last year, Russian Defense Minister Sergey Shoigu personally oversaw the delivery of around 5,000 Kalashnikov assault rifles and roughly one million rounds of ammunition, that was donated as part of a new relationship between Moscow and Manila. In addition to the machine guns and ammo, Russia’s Pacific Fleet also delivered 20 military trucks for the Armed Forces of the Philippines (AFP).