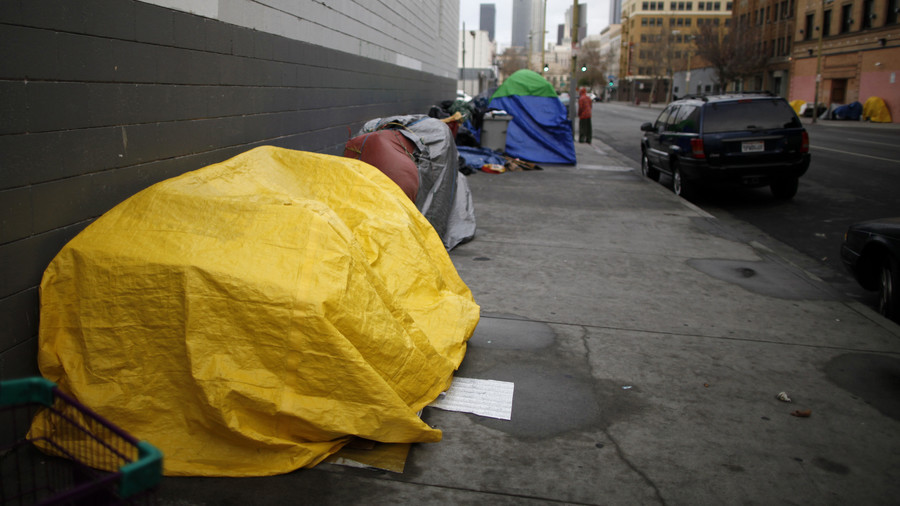 Thousands of people in one of America’s richest cities live on sidewalks infested with flesh-eating bacteria and tuberculosis. A Redfish Media report looks at the chronic homelessness crisis in Los Angeles.

Homelessness in Los Angeles has increased 43 percent in just four years. Skid Row, the epicenter of homelessness in the City of Angels, is home to approximately 2,500 people who live on the streets in a 49 square block area. It is the biggest concentration of homeless people in the United States. Overall, a staggering 60,000 people live without shelter in LA county.

Reverend Andy Bales is the CEO of the Union Rescue mission, which provides shelter to 1,000 people on any given night. He told Redfish Media about the appalling conditions in Skid Row, which, according to the most recent Downtown Los Angeles Neighborhood Council action letter, is 80 restrooms shy of satisfying the minimum standards of a long-term refugee camp. It has nine permanent restrooms for 1,777 people, or one for every 197 homeless people, compared to the UN refugee camp standards of 20 per person.

Bales outlined just how dangerous this extreme lack of basic sanitation is. “I actually contracted three flesh-eating diseases E. coli, staph and strep from the sidewalks when I had a wound boot on and, after two years in a wheelchair I ended up losing my lower right leg. That is the condition of the health on Skid Row because of the shortage of restrooms. It really is a crisis.” Bales added that a certain strain of tuberculosis, which is not found anywhere else in the world, also thrives in the area.

The chronic conditions in Los Angeles and in other cities around America prompted the government to invite the UN’s special rapporteur on extreme poverty and human rights, Philip Alston, to carry out inspections last year.