Just hours before Toronto van attack suspect Alek Minassian was set to arrive in court at 100 Finch Ave. W at 10 am in Toronto, Reuters published a profile of the perpetrator of the worst mass killing in Canada in nearly 30 years.

The Richmond Hill man, who was described by acquaintances as withdrawn and was said to have attended a high school program for students with special needs, is accused of murdering 10 and injuring another 15 when a rented van he was driving jumped a curb and rammed into pedestrians along a 2.2 kilometer stretch of Yonge St. between Sheppard Ave. and Finch Ave. Monday afternoon.

In the Canadian education system, “special needs” is a broad term encompassing students with learning, behavioral or physical disabilities.

One former classmate of Minassian’s described his behavior as extremely unusual, saying he would shuffle through the halls of Thornlea Secondary School in Toronto’s northern suburbs with his hands clasped and his head down while making meowing noises.

Police say Alek Minassian, 25, was arrested 26 minutes after he allegedly drove a white rental van into a crowd in the north end of Toronto, sending bodies flying.

A bystander video of the incident, shown on CBC TV, shows a man repeatedly pointing an object at a police officer who shouts at him to ‘get down’ as the suspect demands: “Kill me”.

Shereen Chami said her former classmate was not violent. She said Minassian was part of a program at Thornlea Secondary School, in Toronto’s northern suburbs, for high school students with special needs, attending a mix of mainstream and separate classes.

Chami remembers him walking the halls with his hands together and his head down, and making meowing noises.

“He wasn’t a social person, but from what I remember he was absolutely harmless,” she said.

Two other former classmates who asked not to be named confirmed that they had attended special needs classes with Minassian. According to a bare-bones Facebook page found on an Internet archive site, Minassian studied at Seneca College for nearly seven years after graduating from high school in 2011. He had cited “software development” as a professional skill. 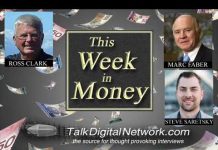 Social Media Microtargeting and the Evolving Ministry of Truth