Fellow Townhall contributor Micah Rate pointed out an interesting opinion from the GQ Magazine editorial board that slipped by many. Apparently, the magazine believes that the Bible, yes the Christian Bible, is one of the most overrated books of all time.

In an article titled 21 Books You Don’t Have to Read, the fashion magazine says that the Bible is the number 12 most overrated book of all time.

“The Holy Bible is rated very highly by all the people who supposedly live by it but who in actuality have not read it. Those who have read it know there are some good parts, but overall it is certainly not the finest thing that man has ever produced. It is repetitive, self-contradictory, sententious, foolish, and even at times ill-intentioned. If the thing you heard was good about the Bible was the nasty bits, then I propose Agota Kristof’s The Notebook ,a marvelous tale of two brothers who have to get along when things get rough. The subtlety and cruelty of this story is like that famous sword stroke (from below the boat) that plunged upward through the bowels, the lungs, and the throat and into the brain of the rower. —Jesse Ball, ‘Census’”

As Micah notes, it is not all that surprising that a magazine like GQ would say the Bible is overrated. But should Christians get mad about that?

And I wouldn’t even say “I’m mad” about this. It’s disappointing, but it’s also expected. We know what the world and an increasingly secular culture thinks about Christianity and Scripture. It’s “overrated,” “outdated,” etc. Thankfully, billions of readers believe otherwise.

Why would Christians care what a secular magazine has to say? It is unclear if getting mad is the appropriate response, but Townhall contributor and Regnery author Dennis Prager has an answer for those who think the Bible is outdated. Prager penned a book called The Rational Bible: Exodus. The book recently made number two on all books on Amazon. The Rational Bible details what the Bible teaches and why it is important for the foundation of our society. 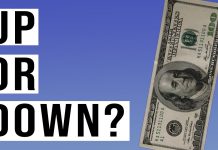