Of course, if you’re going to eat, you’re also probably going to want to drink. If so, I’ve got something to tell you about. You’ve heard beer referred to as the “golden brew,” right? Well, a brewery in Ohio is taking that term very literally.

I’ve said before, I don’t get it. I understand why people buy gold. But I don’t understand why they eat it. An executive chef at a Toronto restaurant that serves edible gold tried to explain it this way.

It’s gold. It kind of speaks for itself.”

I kind of see her point. It’s gold. Gold has intrinsic value. People worldwide desire to have gold. I guess it follows that some people would desire to eat it…

No. I’m sorry. It doesn’t follow. It doesn’t follow at all. I think it’s weird. I have no desire to eat gold. Maybe it’s because I’m relatively poor. Maybe it’s because I’m from Kentucky. But I’d be the guy at the high-priced invite-only restaurant picking the gold flakes off the food and sticking it my napkin to take home. I’d probably even pull gold out of my mouth if I accidentally forked it in there. I know. That’s not good table manners. But it’s gold. Anyway, you should have known better than to invite me to a fancy restaurant.

Here’s the thing, though – if somebody can get other people to fork out good money to eat gold, more power to them. I love capitalism. Convincing people to part with hard-earned cash to eat gold definitely qualifies as peak capitalism.

I hope I’m not offending my readers here. I mean, if you want to eat gold, you be you! What I think about it doesn’t really matter. But if you’re going to chow down on gold, you’re going to need something to wash it down.

A brewery in Cleveland, Ohio, plans to make some pricey beer brewed with gold. The recipe dates back to 1321 and was discovered in an ancient alchemy book.

Matt Mapus owns Forest City Brewery along with Jay Demagall. Mapus found the recipe when he was traveling in Germany and got permission to copy it. He brought it back to Cleveland and found an investor willing to front some money to buy gold for the beer. The beer actually has 24-karat gold flakes in it.

The brew will reportedly sell for about $52.50 for an ounce, $100 for two ounces and $148.72 for three. But market fluctuations in the price of gold are expected to change the pricing structure.

The gold beer is brewed in a top-secret location. (I don’t really know if it’s top-secret, but the owners didn’t say where it was brewed, and they mentioned locking the beer up in a safe. I thought calling it a top-secret location would add to the mystique.) Demagall emphasized they don’t keep any gold at their main location. If you were thinking about jacking the place, that’s a no-go.

So, will beer drinkers in Cleveland really plunk down more than $50 bucks for an ounce of beer? I can’t imagine the guys in the Dog Pound swilling gold beer. But Demagall says they’ve done the market research.

People will fly into Cleveland for something like this. It’s going to be very unique – beer that nobody else is doing at this moment.” 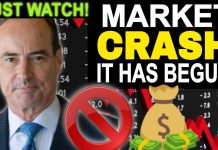