Minister of Foreign Affairs and Trade Péter Szijjártó, whose rhetoric is often even more fiery and combative than Orbán’s, issued formal comments on the matter of protecting Hungarian sovereignty and its citizens that reads like a declaration of war.

We demand that when we deal with migration we should place the security of our own citizens in [the] first place, and this is what Hungary will continue to do.”

“If migration only has positive effects, how is it possible that over the past two-and-a-half years 330 people have been killed in Europe in terrorist attacks that have been committed by people with immigrant backgrounds?” he asked. “Why are George Soros and his people in the European Parliament fighting against certain European countries instead of acting to combat terrorism?”

Szijjártó commented on proceedings that took place at European Parliament in Strasbourg earlier this week, where globalists like French President Emmanuel Macron called for Europe to make preparations to welcome an influx of up to 200 million Africans over the next 30 years – for which he was applauded by fellow internationalists and praised by EU Chief Jean-Claude Juncker.

“The debate in the European Parliament is also a clear indication of the fact that Brussels and the UN want the same thing: for illegal immigrants to come to Europe,” Szijjártó warned.

Hungary has established itself as the nation most rigorously holding the line against the migration wave – also attacking the many tentacles of infamous Hungarian-born billionaire and border buster, George Soros. 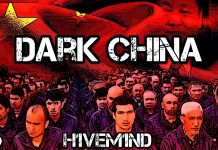 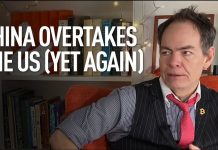