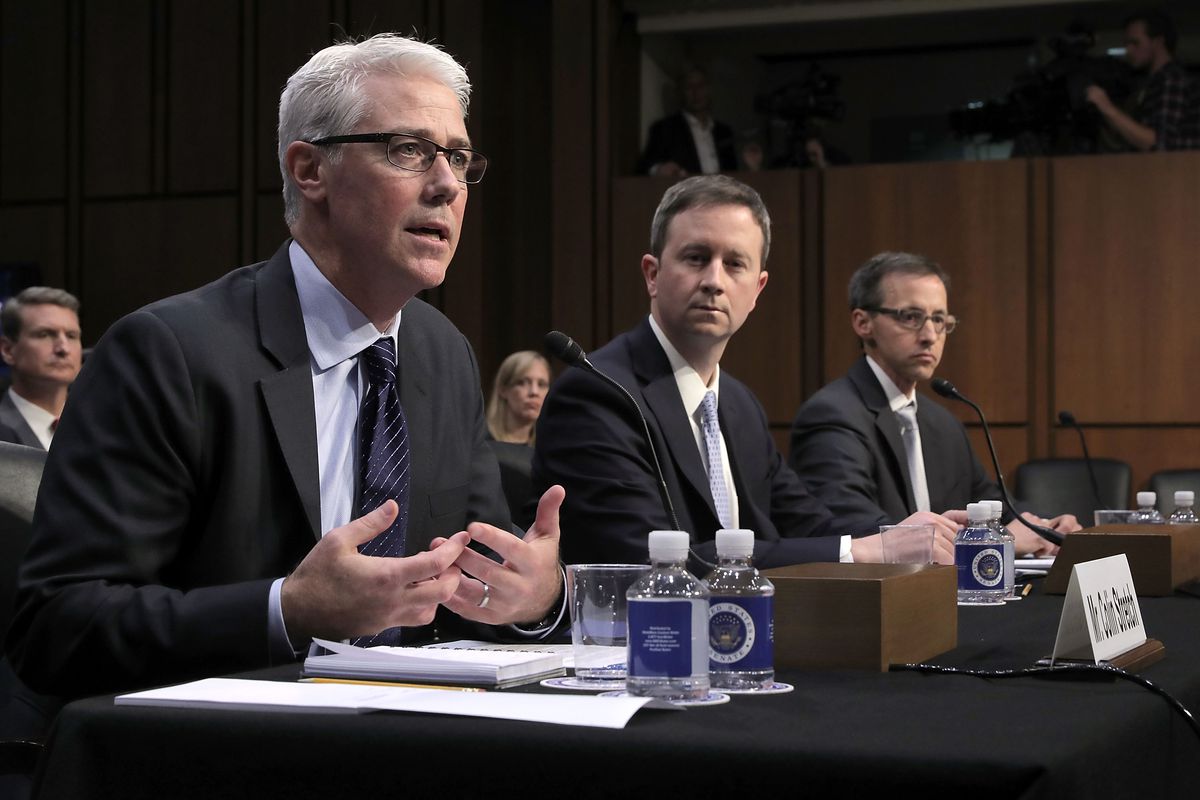 Facebook’s CEO, Mark Zuckerberg, will testify before a joint session of the Senate Judiciary Committee and Senate Commerce, Science and Transportation Committee tomorrow afternoon. He’ll head to the Hill again on Wednesday morning to testify before the House Energy and Commerce Committee. Zuckerberg’s testimony comes as a result of the stunning testimony that Cambridge Analytica whistleblower, Christopher Wylie, gave to the British Parliament on March 27 of this year on how tens of millions of Facebook users had their private information obtained without their permission by Cambridge Analytica, a company deeply involved in the presidential campaign of Donald Trump.

Zuckerberg conceded in a public statement on April 4 that the privacy breach by Cambridge Analytica could have affected as many as 87 million Facebook users. Zuckerberg also acknowledged that “most” of its 2 billion worldwide users may have had their profiles scraped by outside actors.

The scandal and Congressional hearings are reminiscent of JPMorgan Chase’s scandal, infamously known as the London Whale. Both Facebook and JPMorgan Chase have grown rich on dubious business models.

In 2012 and 2013 the U.S. Senate and House held various hearings on the fact that JPMorgan Chase, America’s largest bank, had been gambling in high risk derivatives in London and sustained losses of at least $6.2 billion. Buried from public debate among all the complex details covered by these hearings was the central issue: JPMorgan Chase had a perverted business model that allowed it to gamble in high risk derivatives with its depositors’ money, that was backstopped by Federal insurance which the U.S. taxpayer ultimately guaranteed.

On March 14, 2013 the Senate’s Permanent Subcommittee on Investigations released this statement on the London Whale trades:

“The whale trades were conducted by traders in the London office of the Chief Investment Office (CIO) of JPMorgan Chase & Co., America’s biggest bank and largest derivatives dealer. The Subcommittee’s investigation has determined that, over the course of the first quarter of 2012, the CIO used its Synthetic Credit Portfolio (SCP) to engage in high risk derivatives trading; mismarked the trading book to hide losses; disregarded multiple indicators of increasing risk; manipulated risk models; dodged regulatory oversight; and misinformed investors, regulators, and the public about the nature of its risky derivatives trading. The Subcommittee’s investigation has exposed not only high risk activities and abuses at JPMorgan Chase, but also broader, systemic problems related to the valuation, risk analysis, disclosure, and oversight of synthetic credit derivatives.”

All of this was true but it wasn’t the central problem for the American people. The central problem was that JPMorgan Chase wasn’t using its own capital to make its wild bets. It was using its depositors’ money. And that crazy business model was only possible because Congress had succumbed to the massive lobbying and campaign spending by Wall Street and had repealed the Glass-Steagall Act. That act had protected the U.S. financial system by separating banks holding insured deposits from the gambling casinos of Wall Street from 1933 until the repeal in 1999. Just nine years after that repeal, Wall Street had collapsed in epic fashion, taking down the U.S. economy just as it had in 1929-1932 when there was no Glass-Steagall.

When Facebook became a publicly-traded company on May 18, 2012, the prospectus it filed with the Securities and Exchange Commission made clear that it was advertisers that Facebook needed to please in order to stay in business and grow as a company. The prospectus noted:

“The substantial majority of our revenue is currently generated from third parties advertising on Facebook. In 2009, 2010, and 2011, advertising accounted for 98%, 95%, and 85%, respectively, of our revenue. As is common in the industry, our advertisers typically do not have long-term advertising commitments with us. Many of our advertisers spend only a relatively small portion of their overall advertising budget with us. In addition, advertisers may view some of our products, such as sponsored stories and ads with social context, as experimental and unproven. Advertisers will not continue to do business with us, or they will reduce the prices they are willing to pay to advertise with us, if we do not deliver ads and other commercial content in an effective manner, or if they do not believe that their investment in advertising with us will generate a competitive return relative to other alternatives…”

Tim Cook, the CEO of Apple, recently told an MSNBC Town Hall that Facebook’s business model is to “monetize” its customer. The implication was clear: Facebook has been allowing third parties, including marketers, advertisers and political campaign operatives to harvest data on Facebook users because that’s where its revenue stream comes from. Facebook does not charge its users a fee to use the site. It’s safe to say, however, that most Facebook users did not understand that their profiles were the “product” that Facebook was actually selling to third parties.