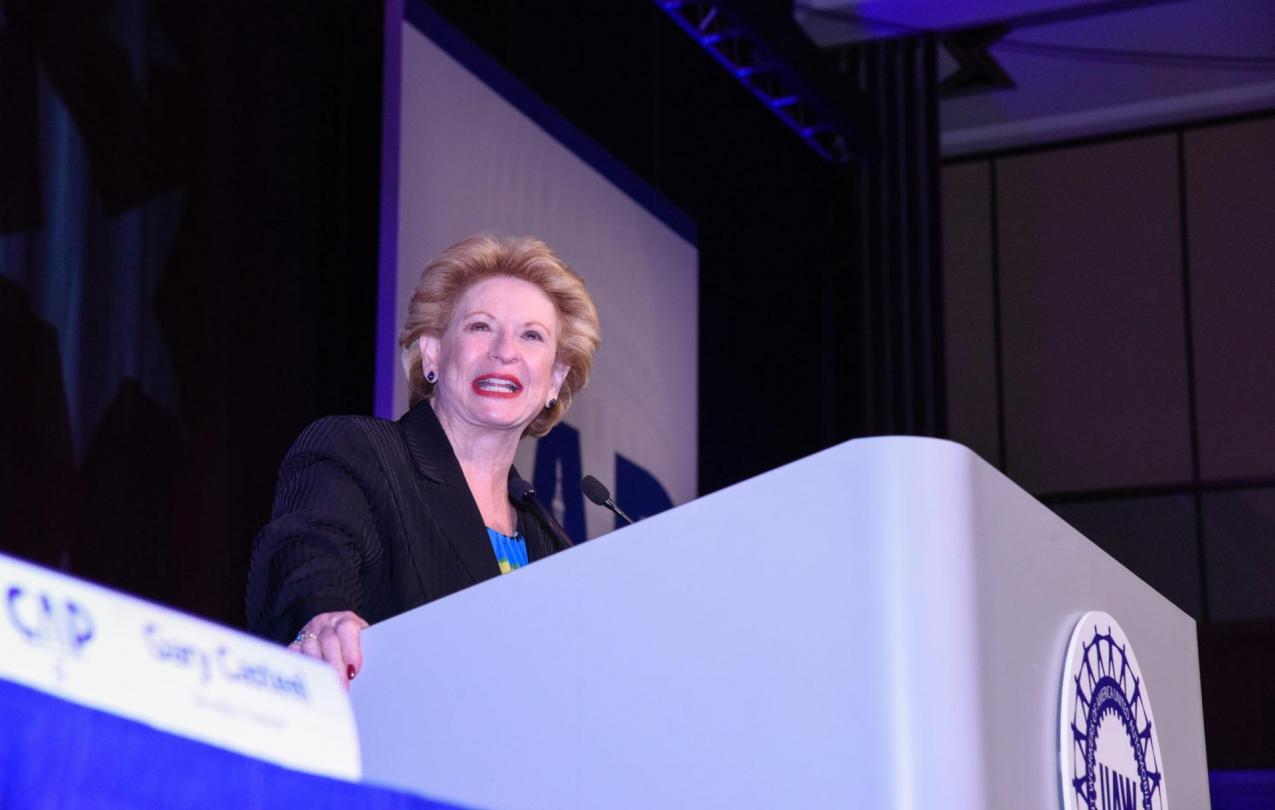 If you get your business news from the Wall Street Journal or Bloomberg News or the New York Times or Reuters or the Financial Times or CNBC, chances are you did not hear about a critically important symposium that was held on Monday on the dangers that Wall Street’s biggest banks continue to pose to the U.S. economy and, in particular, to communities of color.

Adding to the mystery of how every major business news outlet could simultaneously decide to skip the event is that it was headlined by two famous players in the banking debate, Senator Elizabeth Warren and Neel Kashkari, President of the Federal Reserve Bank of Minneapolis.

The symposium on “Too Big to Fail” was hosted by Howard University’s Department of Economics and held at the campus which is located in Washington, DC – where there is certainly no shortage of reporters. When a critical message goes unreported by all major media, it tends to send the message to the speakers — “shut up and move on.”

It is noteworthy that Howard University is a predominantly black university and the message delivered by Senator Warren was on how communities of color had been specifically targeted for wealth stripping by Wall Street through devious means in the leadup to the financial crash of 2008. This was preceded by a U.S. government conspiracy against them from 1934 to 1968, said Warren.

Warren told the audience that within two years of the onset of the financial crash of 2008, 8.8 million American workers had lost their jobs and within three years more than 4 million homes had been lost to foreclosure. “The financial crisis wiped out as much as $14 trillion in household wealth,” Warren told the crowd.

But, as has been well documented by academic studies, Warren noted that “the losses were not evenly distributed.” Warren said:

“Before the crisis, big financial institutions specifically targeted communities of color with mortgages that were full of tricks and traps, stripping wealth from families and their communities. And when the financial crisis came, those same communities of color got hit a second time with some neighborhoods nearly destroyed by the concentration of foreclosures.”

Warren put numbers to the disparity in wealth destruction, stating that “On average, net worth of white families fell by 31 percent as a result of the crisis while black families lost 40 percent of their wealth.”

Warren’s key point to the audience was that the recently passed Senate bill to roll back key provisions of the Dodd-Frank financial reform legislation poses a serious threat that communities of color will once again be targeted by Wall Street for another round of wealth decimation. Warren said:

“There is a long and shameful history in this country of discrimination against African Americans when they try to buy homes. From 1934 to 1968, the Federal Housing Administration led the charge. In a largely segregated America, FHA actively discriminated against black families by refusing to insure mortgages for qualified borrowers in communities of color, while helping white families finance their plans to achieve the American dream.

“Its policy wasn’t a secret. It wasn’t the product of a handful of racist government officials. Nope. It was the official policy of the United States government until 1968. That’s in my lifetime. And because the Federal government had set the standard, private lenders enthusiastically followed Washington’s lead.”

Warren cited a study in the Boston Globe which found that “the median net worth of white families in Boston is $247,000” while the median net worth for a black family “is $8.” Warren said “That’s something that all Americans, regardless of race, should be ashamed of.”

Instead of allowing Congress to roll back safeguards against Wall Street’s abusive practices, Warren said that last month she introduced new legislation that would strengthen regulations. The bill is called the “Ending Too Big to Jail Act” and would create a permanent law enforcement unit to investigate crimes at financial institutions, require senior executives at banks with $10 billion or more in assets to certify annually that they have conducted due diligence and found no criminal conduct or civil fraud within the financial institution, and it would mandate court oversight of deferred prosecution agreements – a serial practice by the U.S. Department of Justice since the crash of 2008.