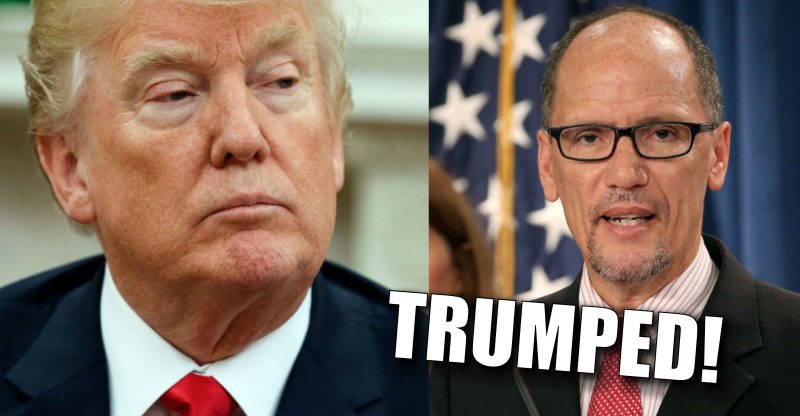 On Friday the Democratic National Committee (DNC) filed a lawsuit, in relation to the DNC “hack” that roiled not only the DNC but the Hillary Clinton campiagn for president 2016, against the Russian Government and officials, Guccifer 2, Wikileaks (which published the DNC and Podesta emails), it’s founder Julian Assange, the Donald Trump campaign, Donald Trump Jr., Paul Manafort, Roger Stone, Jared Kushner, George Papadopoulus, Richard Gates and unnamed defendants John Does 1-10.

The lawsuit’s basis is their claim that all the defendants listed participated in an “illegal conspiracy to influence the outcome of the election.”

Aside from multiple legal experts asserting the lawsuit is “unlikely to survive a motion to dismiss, in part because the tangled conspiracy theory it presents is not (to use law-speak) properly pleaded, and in part because much of the complaint’s substance consists of what lawyers call conclusory allegations,” and highlighting some basic errors in the suit itself, others have accurately pointed out that the defendants listed could very well force the DNC to provide certain “discovery” information, that to date, the DNC has refused to allow access to.

Cornell Law describes Dicovery in part as “Discovery under the Federal Rules is very broad. According to Rule 26(b)(1), “Parties may obtain discovery regarding any nonprivileged matter that is relevant to any party’s claim or defense.” The federal rules also provide several tools that can be used to get information from other parties, including interrogatories, depositions, and requests for admission. A party may also compel other parties to give them access to documents, real property, or other things for review or testing.”

For example, Donald Trump’s statement, via Twitter, spotlights information that no one has been able to obtain due to the Democratic leaderships refusal to cooperate with the FBI, and other government agencies.

Trump said “Just heard the Campaign was sued by the Obstructionist Democrats. This can be good news in that we will now counter for the DNC Server that they refused to give to the FBI, the Debbie Wasserman Schultz Servers and Documents held by the Pakistani mystery man and Clinton Emails.”

Donald Trump Jr., who is named in the suit, also highlighted the discovery process, saying “How’s the saying go? If for 2 years you don’t succeed pedaling your garbage try try again? Also do I get to take discovery since I’m named?”

FLASHBACK – DEMOCRATS REFUSED TO HAND OVER DNC SERVER TO FBI

While the DNI report represented three intelligence agencies’, The Central Intelligence Agency (CIA), The Federal Bureau of Investigation (FBI), and The National Security Agency (NSA), assessment that the DNC server was hacked by the “Russians,” many may remember that the DNC had used an outside contractor, Crowdstrike, and refused to hand over or provide access to the “hacked” server to the U.S. government to make their own determination.

This was first asserted by former FBI Director James Comey and confirmed by another senior law enforcement official.

The bureau made “multiple requests at different levels,” according to Comey, but ultimately struck an agreement with the DNC that a “highly respected private company” would get access and share what it found with investigators.

“We’d always prefer to have access hands-on ourselves if that’s possible,” Comey said, noting that he didn’t know why the DNC rebuffed the FBI’s request.
[….]

But a senior law enforcement official disputed that characterization the following day.

“The FBI repeatedly stressed to DNC officials the necessity of obtaining direct access to servers and data, only to be rebuffed until well after the initial compromise had been mitigated,” the official said.

“This left the FBI no choice but to rely upon a third party for information. These actions caused significant delays and inhibited the FBI from addressing the intrusion earlier.”

In March 2017 it was revealed that Crowdstrike has misrepresented data, then subsequently “revised and retracted statements it used to buttress claims of Russian hacking during last year’s American presidential election campaign,” calling into question the validity of their original assertions which was used in the DNI original assessment in regards to the Russians hacking during the 2016 election.

With Julian Assange himself asserting the emails came to Wikileaks via a “leak” and not a “hack,” and indicating that the murdered DNC staffer Seth Rich was a whistleblower, any of the defendants obtaining access to the actual server could answer that question once and for all.