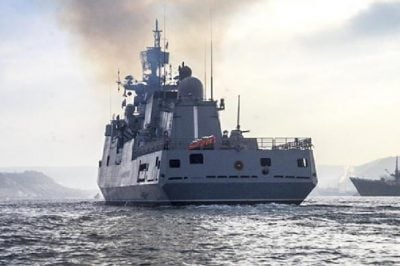 The Russian based media Pravda reported on April 11, that “Russian warships kicked off naval exercises near the coast of Syria”. According to the Moscow Times, “The Russian Navy is reportedly scheduled to launch firing drills off the coast of Syria on April 11 (Wednesday) amid fears of an imminent U.S. airstrike against Syria following a suspected chemical attack”.

We are at a Dangerous crossroads: According to the report (which has not been addressed by the Western media): on Wednesday. U.S. President Donald Trump later directly warned Russia that missiles were “coming” to Syria after blaming Damascus for an alleged deadly gas attack in the town of Douma.” 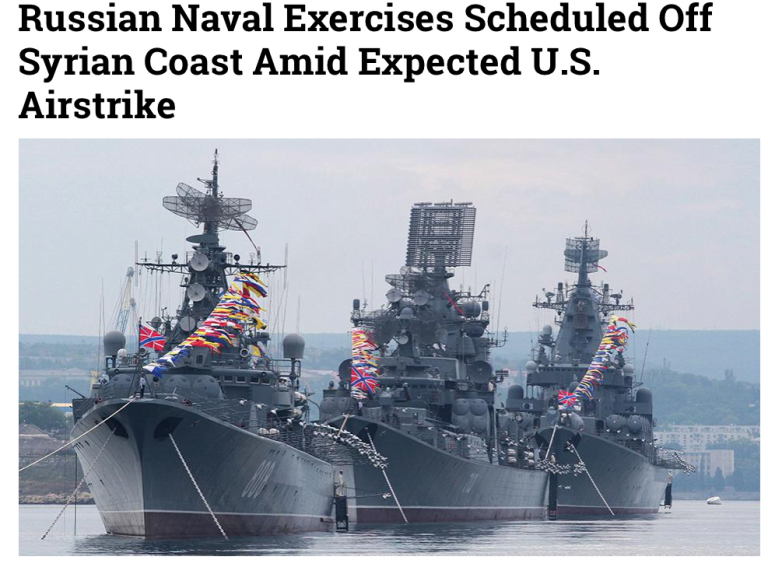 While, Pravda.ru’s report intimates that “Russia Closes Airspace above Syrian Coast”, there is however no official confirmation from the Russian Ministry of Defense other than a routine advisory pertaining to the conduct of war games off the Syrian coastline. According to Pravda.ru:

The message contains coordinates of the closed area and states the fact of firing exercises. The area of the exercises located in international waters of the Mediterranean is adjacent to the sea border of Syria. It will be closed on April 11-12, April 17-19 and on April 25-26 from 10 to 18 Moscow time.

Russia currently has about 15 warships and logistics vessels of the Black Fleet in the Mediterranean Sea, including Admiral Grigorovich and Admiral Essen frigates (they carry Caliber cruise missiles), as well as submarines.

These war games are conducted in response to ongoing US military threats directed against Syria, not to mention the ongoing deployment of US naval power in the Eastern Mediterranean.

It is also worth noting that according to the Daily Star (April 6, 2018) Russian warships have also been conducting naval war games in the Baltic Sea off the coast of Latvia. See screenshot below 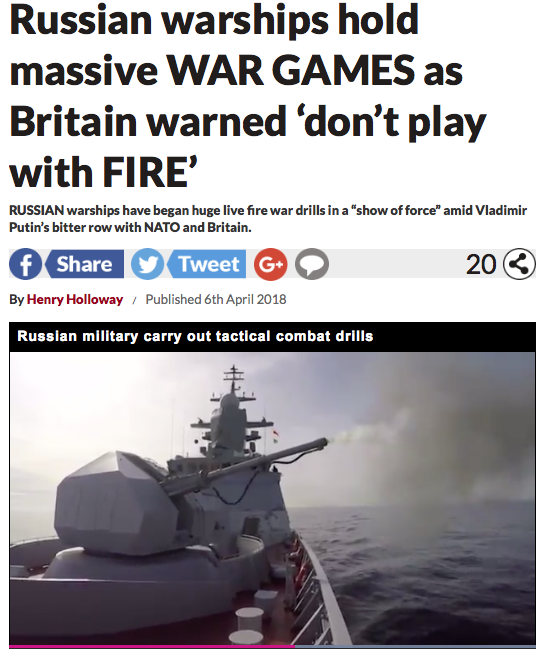 Who is Playing with Fire? Russia or US-NATO?

If U.S. President Donald Trump decides to take military action against the Syrian government in response to Saturday’s chemical weapons attack outside of Damascus, he would almost certainly have to approve a wider operation than the limited strikes he ordered just over a year ago.

“In order for the administration to actually inflict enough pain on the [Bashar al-]Assad government to send the signal that Trump wants, the U.S. would have to hit a wider package of targets,” says Nicholas Heras, a fellow at the Center for a New American Security. “That would essentially cripple Assad’s military capabilities.”